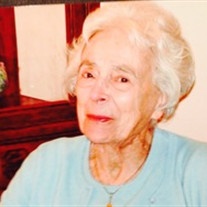 Irene Lucille Kennel, born on April 22, 1918, was the youngest of three daughters born to Archie and Elma Kennel of Cleveland, Ohio. She grew up with her two sisters, Marjorie and Elma, at 1184 East 125th St., in Cleveland. Irene's family frequently spent their summers at their cottage at Chippewa Lake, where Irene was an avid swimmer, tennis player, and dancer.

Irene was selected as one of 22 participants in an advanced placement program, known as the "Hi IQ" class, for intellectually gifted students at Chesterfield Elementary School in Cleveland. (The Chesterfield "Hi IQ" class-mates held regular reunions until the remaining participants were well into their 90s.) She also attended Patrick Henry Junior High School in Cleveland and Shaker Heights High School in Shaker Heights. She was accepted at Connecticut College for Women (now Connecticut College) on a scholarship; there she majored in Child Psychology and served as the president of student government. She graduated in June of 1940, and in the same month married Robert Pekoc.

Irene and Robert settled in Shaker Heights, where they raised their family of seven children: Christopher, Joan, Robert, Jr., Frank, Lucy, Mark, and Tom. Robert pursued a successful career in his family's hardware business, eventually expanding the company. Despite the demands of a large family, Irene never lost her passion for gardening and reading. Favorite travel destinations during these years included Maine and New York City. As their children grew up, Irene and Robert had the opportunity to travel more widely, visiting Europe and Japan.

Irene and Robert both supported the arts in Cleveland. Irene would later become active in the Shaker Historical Society. She was a devout Presbyterian and a dedicated member of Trinity Presbyterian Church in Beachwood. She also participated in the Connecticut College Alumni Association for many years as the Class of '40 representative.

In later life, Irene and Robert lived at Judson Manor in University Circle, where they enjoyed an active social life. Irene served on various Judson committees. After Robert's death in 2001, Irene continued to travel abroad, and to Florida and New York City. She remained involved in the lives of her children and their growing families, which at the end of her life included ten grandchildren and eleven great-grandchildren.

The family prefers that those who wish may make contributions in her name to The Annual Fund of Judson Retirement Community, 2181 Ambleside Dr., Cleveland, OH 44106 or the Shaker Historical Society, 16740 South Park Blvd., Shaker Hts., OH 44120. A Memorial reception was held at the Judson Manor.