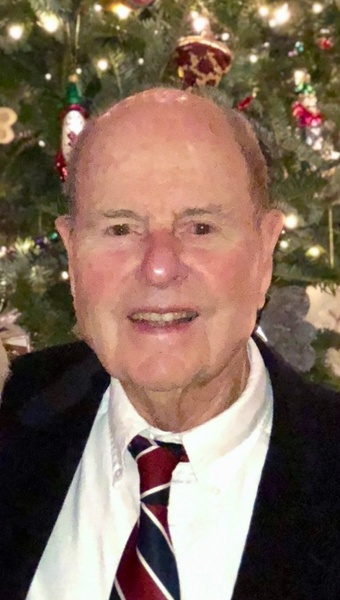 H. William (Bill) Strong, Jr. of Novelty, Ohio, age 95, passed away on the 12th of February, 2021.  He was the beloved husband of Constance (nee O’Connell), his wife of 38 years; devoted father to Claudia Fulton (David) of Cleveland Heights, and David (Suki) of Cedaridge, Colorado; doting stepfather to Linda Healey (Michael) of Moreland Hills, and Wendy Lingafelter (David) of Chagrin Falls; loving grandfather and great-grandfather to ten and four, respectively; and adoring uncle to many.  Bill was predeceased in 1981 by his first wife, Marion (nee Peck), and in 1970 by a son, H. William III.

Throughout his life, Bill showed a passion for science, a love of family, and dedication to community.  He attended University School and graduated from California Institute of Technology where he majored in Chemistry.  Bill’s career was in the chemical industry, where he earned a patent in chemical processing, and which culminated as President of Basic, Inc.  Later in life Bill worked as a realtor with his wife, Connie.  He served as a Councilman in Shaker Heights; a Trustee of The Museum of Natural History and Grand River Partners; and a Trustee and Board Chair of Hathaway Brown School.  He used his management skills to help rejuvenate Act II, the used clothing shop at St. Paul’s Church in Cleveland Heights.  For many years he owned a farm in Madison, Ohio, called Stronghold, which today is the Strong Cabin of Lake MetroParks.

Bill was a member of several clubs, including the Winous Point Shooting Club, Kirtland Country Club, Union Club, Tavern Club, and Captiva Island Yacht Club.  He was recognized by his fellow Tavern Club members with the Thunder Mug award.  Bill had an abiding interest in the history of the Strong family, from its roots in New England in the 1600s to its emigration to Cleveland in the 1800s.  He loved the home he shared with Connie in Sanibel Island, Florida where he vacationed with family.  A Memorial Service will be held at St. Joan of Arc Church in Chagrin Falls at a time to be announced.  Burial at Lake View Cemetery will be private.