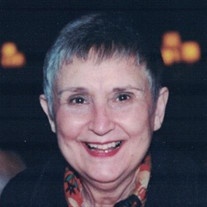 Helen was born and reared in Akron, where her father became a well-known restaurant owner after emigrating from Albania. He married Harriette Verlaney, also from Albania shortly after his arrival.

Helen graduated from Kent State University with a major in Home Economics and spent several years working for the East Ohio Gas Company before moving in 1962 to Cleveland to write for the late Florence LeGanke in the Foods Department of the Cleveland Press. After several years in that department, she joined the Press Public Relations Department where she started the well-known Book and Author Luncheons, bringing many of the most famous authors of the time to Cleveland. She also promoted the National Spelling Bee program in Northeast Ohio. When the Press closed in 1982, she continued the popular programs at the Plain Dealer until her retirement in 2002.

Helen is survived by several cousins and many friends. Services are private. Contributions in her memory may be made to the Cleveland Orchestra, 11001 Euclid Ave., Cleveland, Ohio 44106.