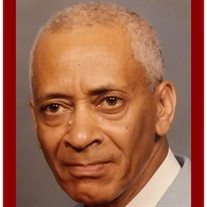 Harvey E. Hall, Jr. was born on January 25, 1931, in Savannah, Georgia to the joy of his parents, L. Orene Chiles Hall and Harvey E. Hall, Sr. "Little Harvey" was fortunate to be the son of educators during the depths of the Great Depression. Still, the economy required his parents to work where jobs were available, so the family split its time between Savannah on the coast and Lumpkin, Georgia, near the Alabama border. In rural Lumpkin, Harvey grew up with a beloved billy goat, a dog, a pet pig and chickens. Harvey helped in the canning plant operated by his father, which was part of his father's work as a high school agriculture teacher. He even helped his father to inoculate animals for local farmers through the county agricultural extension office. But when Harvey was not focused on such educational and family duties, or entertaining himself with his hobby of researching trains and airplanes, he was pursuing his great love of music.

At the age of 5, Harvey wanted to play his favorite song on the piano and was dismayed to find that he could not read the sheet music. With his mother's help, Harvey began learning to read that music and was on his way to becoming a musician. By the time Harvey was ready to attend college, he was committed to becoming a music major. Notably, Harvey had started grade school a bit early, and his high school's offerings ended with the eleventh grade. Thus, Harvey was only 15 years old when he enrolled at Morehouse College. He graduated from Morehouse with a Bachelor of Arts degree at the age of 19.

Harvey sought to build on his music education by training to be a professional pianist. He successfully applied to a professional music program at the University of Georgia in 1950. At that time, however, segregation was the law of the land. The State of Georgia would not permit an African-American to attend the state's flagship institution. The state was committed to providing an education to all qualified citizens and, therefore, gave Harvey the option of attending any other music school at state expense. Harvey wisely chose one of the best music schools in the nation--the Oberlin Music Conservatory.

Harvey flourished at Oberlin, majoring in piano performance, minoring in the violin, and taking courses on the pipe organ, among other areas of study related to classical music. During his first year at Oberlin, Harvey would get out his guitar and host a weekly show on KOCN, the campus radio station, during which he and two friends played country and western swing songs that were popular at the time.

After his third year at Oberlin, Harvey packed up his violin and joined a group of his school colleagues to spend the Summer on Cape Cod, performing a series of Gilbert and Sullivan operettas. Upon his return from the Cape, Harvey found that he had been drafted into the Army to support the "police action" in Korea. The letter had arrived weeks earlier, leaving no time to apply for a college deferment. In the Fall of 1953, Harvey enlisted in the Army in Georgia, rather than Ohio, so that he could train in a warmer climate.

In the Army, Harvey trained at Fort Sill, Oklahoma, to be a meteorlogical specialist with a field artillery team. Harvey was successful in that training, yet one of his superior officers recognized that Harvey had other talents. When Fort Sill had an opening for a Chaplain's Assistant, Harvey was invited to apply his music expertise to the spiritual support of his fellow soldiers. Harvey welcomed that opportunity, launching a professional organist career that would continue until 2009. Harvey also used his time in the Army to build on his childhood fascination with airplanes. He took every opportunity to accompany Army helicopter pilots who were required to log fixed-wing flight hours to maintain their pilot's licenses. By the time Harvey's active service in the Army was completed, he had acquired considerable flight experience and would eventually get his civilian pilot's license. In September of 1956, Harvey completed his Army service, just in time to resume classes for his last year at Oberlin.

Harvey received his Bachelor of Music degree from the Oberlin Music Conservatory in the Spring of 1957. During the Summer after graduating from Oberlin, Harvey earned money by tuning pianos and he volunteered as a tenor in the Cleveland Orchestra Chorus. He even tried selling some of his original compositions of country and western songs to publishers in New York City and Nashville. On a more practical level, Harvey tried to obtain a teaching position at the Music School Settlement. The director of the Music School Settlement encouraged Harvey to apply for a music therapist position, where he could expand on his Army experience of using music in the service of others.

Harvey began working as a music therapist at the Cleveland State Hospital in September of 1957. He quickly rose to the position of Director of music therapy. In January of 1961, Harvey was authorized to hire 3 new music therapists. One applicant, Gail Moan, rode on trains all the way from Oregon for a job interview with Harvey. She got the job and quickly became part of Harvey's friendly group of therapists, often socializing outside of the office. By July, Harvey and Gail had decided to get married. Their workmates arranged a wedding for them at the First Baptist Church in Shaker Heights, Ohio, officiated by the Cleveland State Hospital chaplain Frank Cook on August 19, 1961.

The next year, Harvey and Gail were blessed with their first child, whom they named Harvey Franklyn Hall, a name that simultaneously honored Harvey's father (Harvey, Sr.), Gail's father (Frank Moan) and their good friend Frank Cook. Three years later, Gail gave birth to their second son, Wayne Spencer Hall, named for Gail's favorite uncle Wayne and Harvey's favorite uncle Spencer. After 12 years of living in Cleveland, Harvey and Gail had become increasingly concerned about worsening of race relations in their neighborhood. Harvey and Gail decided to move in 1973 to Shaker Heights, a community that was actively promoting ideals racial integration and quality education for all children.

During his child-raising years, Harvey maintained his commitment to music. When the Cleveland State Hospital was closing in 1975, Harvey moved on to the Cleveland Psychiatric Institute to continue his music therapy work with mental health patients. Harvey remained in that position until 1995, when the State of Ohio offered early retirement as a means of restructuring mental health services. With extra time on his hands after retirement, Harvey volunteered in a Head Start program, leading a variety of music-based activities for pre-schoolers.

Harvey's Christian music ministry included serving as choir director at Messiah Baptist Church and organist at Emmaus Lutheran Church. His longest tenure as music director was at Trinity United Church of Christ from 1974 to 2000. He subsequently served as an interim organist for other UCC churches in the Cleveland area, including St. Mark's and Friedens Church. As Harvey's eyesight became unreliable, he retired from the music ministry in 2009 and began attending Plymouth Church of Shaker Heights, along with Gail and his son Wayne's family.

Harvey lived a full life, driven by his passion for music, and directed by his Christian belief in duty and service to people in need. He strove to be dignified and gentlemanly in his interactions with family, coworkers, neighbors, fellow church members, cashiers at the supermarket--all who crossed his path. As Harvey became less able to get out and about, people from all of these corners of his life commented on missing his cheerful greetings, his steady stream of stories, and his music. Harvey died on March 15, 2018 at the age of 87, following an intractable series of illnesses. In his final weeks, Harvey chose to call an end to his frequent emergency room visits. He entered hospice at the Montefiore Home, declaring, "I am ready to meet my ultimate boss!"

The family prefers that those who wish may make contributions in his name to Plymouth Church of Shaker Heights, UCC; 2860 Coventry Road, (at Weymouth Rd.) Shaker Hts., OH, 44120, where Funeral Services will be held Saturday, March 24th at 1 PM.