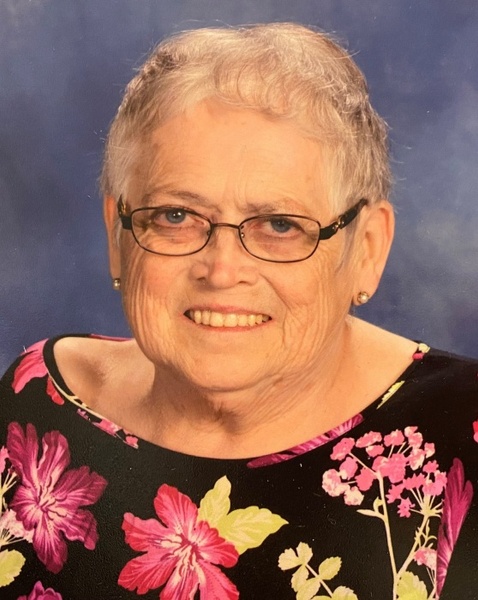 Lyndhurst, OHIO – Harriet Perkins Bagley, 70 went peacefully to her heavenly home surrounded by family on May 9, 2020,  after a 47 year long battle with rheumatoid arthritis. She was born in Skowhegan, Maine on March 6, 1950 to Harry and Ethelyn (Heald) Perkins. She was educated in Mercer and graduated from Skowhegan High School. She was the first in her family to attend college at the University of Maine at Farmington. She continued her studies in special education and received a master’s degree from the University of Connecticut.

Harriet married Gregory D. Bagley in Mercer on June 10, 1972. They made their first home in the Augusta area. Harriet’s professional career lasted only six years in the Lewiston Public School System, cut short by rheumatoid arthritis. However the impact of the disease did not deter her from living a full life. In 1987, they moved to Patten, ME and became integrated members of the community for 30 years. In 2017, Greg and Harriet relocated to Cleveland, OH to be closer to family.

Her instilled values of hard work and education continued throughout her life. She was an active member of the Patten General Federation of Women’s Clubs, a founding member of the Patten Academy Memorial Park, and Chairperson of the Patten Community Playground Committee. Harriet was actively involved in creating and leading People Helping People, an organization that provided rides and medical equipment to people in Patten and surrounding communities. Harriet was a member of the Island Falls United Baptist Church and served as Sunday School Superintendent and on the diaconate. She was an avid quilter and member of the Snowshoe Quilters Guild. In Ohio, they became members of the First Baptist Church of Greater Cleveland and Harriet became a member of the MEGS group.

Harriet will be remembered by the love she showed to family and friends. She was known well for her handicrafts, cake decorating, and love of gardening.  Her woven baskets, ceramics, home baked goods, handmade greeting cards, embroidery, quilts, and baby blankets have reached coast to coast as a result of her generous spirit and her love of crafting.

Harriet is survived by her husband; her three children, Elizabeth (Ian) Shiff of La Mesa, CA, Rebecca Bagley, M.D. (Wes) of Pepper Pike, OH, and Ryan (Thaddeus) Bagley of The Bronx, NY. She adored her four grandchildren Claire and Thomas Shiff,  and Sara and Lily Keshtkaran. She is also survived by her sisters, Bonita (Barry) Henderson of Warren, ME; Alicia (Wayne) Blodgett of Skowhegan, ME; Robin (Andy) Tukey of Kittery, ME; and her brother, Orlando Perkins of Skowhegan, ME; her sister-in-law Cythina Bagley of Raymond, ME;  and her mother-in-law Marian Blake Bagley of Bowdoinham, ME and many cousins, nieces, nephews, and lifelong friends. Harriet was predeceased by her parents, her in-laws Ronald and Bernice (Rood) Bagley, her brother-in-law Robert (Bob) Bagley, and two very special friends, Kathy Glidden and Kelly Greene.

Interment will be in the cemetery at the Mercer Meeting House. There can be no memorial gathering at this time. In lieu of flowers, remembrance gifts may be made to The First Baptist Church of Greater Cleveland, 3630 Fairmount Boulevard, Cleveland, OH  44118.