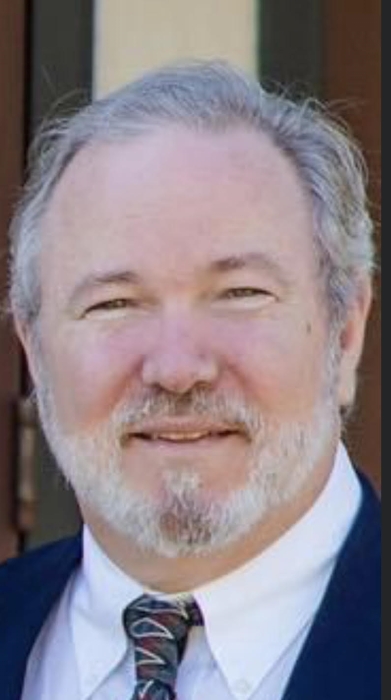 After 62 years, on October 29, 2021 the spirit of Gregory “Greg” T. Kilroy of Chagrin Falls returned to the Father following a battle with pulmonary fibrosis and complications from COVID-19.

From an early age, Greg demonstrated himself to be a gentleman, athlete, and scholar at The University School. Greg was a graduate of the class of 1978, and was awarded the Strnad Fellowship for his scientific research pioneering the development of the school’s trout hatchery and water resources programs. Greg was also awarded varsity letters as a member of the swim team competing in springboard diving, and a member of the gymnastics club.

Greg continued his education obtaining a Bachelors of Science from Yale University in 1982 as a member of Saybrook College, and furthered his pursuit of knowledge attending John Carroll University’s Religious Studies Master’s program in the 1990’s.

Greg began his business career in Washington, DC with IBM as a health industry specialist. Following his first stint as a consultant, Greg developed and ran a quick-service fried chicken food delivery business, Belle’s Chicken, before returning to his roots in Cleveland and consulting, building a practice advising small businesses and individuals (and frequently friends and family) on technology and network optimization.

In addition to his scholarly activities and career, Greg is perhaps most well-known to his family and friends as a man of unwavering faith, endless generosity, and uncommon grace. A man equally taken with worship and with the world around him, Greg’s knowledge of his Catholic faith and its connection to science led to many fascinating discussions, and countless panicked phone calls from his nieces and nephews requesting his insight on both their science courses and their catechism classes. Greg’s dedication to bring light into the world was further evident in his devotion to the Fraternal Order of Eagles, where he found brotherhood among likeminded individuals serving their fellow mankind.

Greg held close relationships with both his friends and family, who knew there was always a warm bed and welcoming smile waiting for them at “Hotel Kilroy,” and delighted in attending his famous “Feb Fest” Parties which were thrown to bring cheer to the darkest times of winter. And while Greg knew the winter could be a difficult and depressing time for many, his friends knew that snowfall brought Greg’s time to shine. An avid skier, Greg curated the invaluable “Kilroy Ski Snow Report” with detailed analysis and commentary on the slope and snowfall at nearly every ski resort in the North East which he readily shared with any and all who asked, while always keeping his “proprietary modeling algorithms” a secret.

Greg’s uncommon grace will be missed by all those who were blessed to know him and look forward to pronouncing “WE SKI!” once more. Greg is preceded in death by his father Edward A. Kilroy Jr; his mother Angela M. Kilroy; and his brother Edward A. Kilroy III.  He is survived by his sister Missy Kilroy; brother-in- law John U. Moorhead; brother William S. Kilroy II; sister-in-law Anne E. Kilroy; sister-in-law Linn Kilroy; and nieces and nephews: Edward Kilroy IV; Jennifer Kilroy; Quellie Moorhead; Dolly Moorhead; Alexandra Kilroy; and William Kilroy. In lieu of flowers, the family asks that contributions be made in Greg’s memory to his beloved Fraternal Order of Eagles, (https://www.foe.com/Charities/Donate), University School Class of 1978 (www.us.edu/memorialgiving), or to the Poor Clare Colettine Nuns at 3501 Rocky River Dr., Cleveland, OH 44111 (check or hand deliver) where he often frequented when anyone needed to feel a bit of the Lord’s love.

A Funeral Service will be held at Saint Francis of Assisi Parish, 6850 Mayfield Rd., Gates Mills, OH 44040 on Thursday, November 11 at 12 Noon and will be publicly streamed online at https://www.brown-forward.com/obituary/Gregory-Kilroy. Following the Mass, there will be a reception at the Chagrin Valley Hunt Club, 7620 Old Mill Road, Gates Mills, Ohio

To order memorial trees or send flowers to the family in memory of Gregory Kilroy, please visit our flower store.