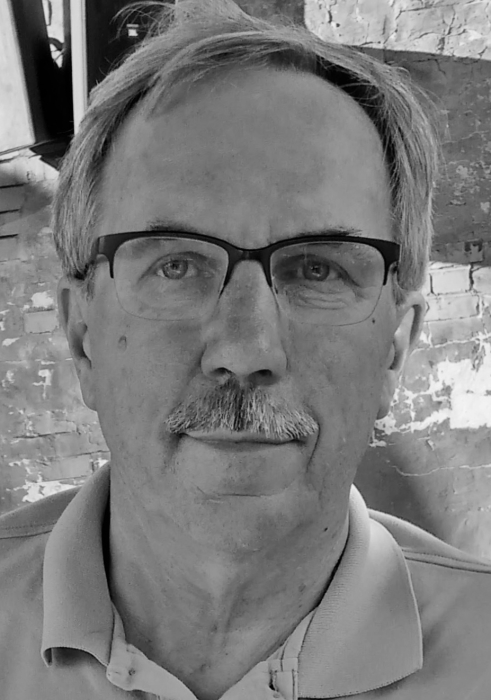 Gregory S. Goss, a loving husband, father of four, grandfather (Papu) of 12, brother, son, and an architect, died late in the evening on Sunday July 21, 2019 at his home in Cleveland Heights, OH. He died peacefully with his wife and children by his side, who comforted and guided him into his next journey.

Gregory was born October 16, 1949 in Sydney OH. After several city changes in his younger years, he arrived in Shaker Heights, OH, where he met his wife of more than 46 years. Together they worked to create a family and home built on a strong foundation of kindness, generosity, strength, and independence. Guided by the principle “actions speak louder than words” Gregory instilled his own goodwill within his four children, encouraging community and compassion that his children have gone on to instill in their families, friends, and careers. As Papu, how he was referred to by his 12 grandchildren, he continued this pursuit, as is evident in his large, extended family who continue to give back to each other and their communities.

In his spare time Gregory enjoyed spending time with family and friends, enjoying the outdoors, working on his century old house, building furniture, vacationing at his home in Lakeside Chautauqua, OH, and traveling with his wife in their vintage Airstream trailer, nicknamed Stacy.

Gregory graduated from Shaker Heights High School in 1968 and then attended Ohio University (OU), where he graduated with a bachelor’s degree in general studies. While at OU Gregory took an elective class his senior year on architectural history, which introduced him to architecture. After falling in love with this subject, Gregory switched his major from chemical engineering to architecture, and so began his long and fruitful career in this field.

As an architect of more than 40 years, Gregory designed a career that emphasized quality, function, and environment. In his projects, which span northeast Ohio, Gregory focused on the development of spaces that encouraged human interaction, benefitted social health and attitudes, and respected the natural environment. As a LEED Certified architect, his most notable projects include the Great Hall at the Church of the Saviour in Cleveland Heights; Buhrer Elementary School in Cleveland; the renovation of Cartwright Hall and auditorium at Kent State University; and the power plant at Kent State University.

As a benevolent leader, Gregory donated his time and effort for many different groups and organizations, including serving on the Board of Trustees at the Church of the Saviour, serving as the Treasurer and the Director of Professional Development for the American Institute of Architects in Cleveland, serving as Scoutmaster for the Boy Scouts of America, and serving on the Architectural Board of Review for the city of Cleveland Heights.

To order memorial trees or send flowers to the family in memory of Gregory Goss, please visit our flower store.