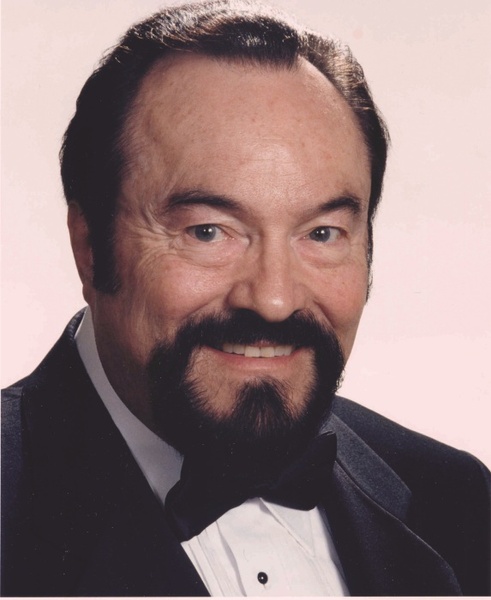 Gordon Leigh Petitt passed away in Cleveland, Ohio on September 3, 2021. Gordon is survived by his family, sister-in-law Janet Boulis, brother-in-law Roger Boulis, niece Jennifer Boulis (Christopher Bokash) children Lilli and Brady, nephew Jason Boulis and wife Dani (Lopatta) and children Dominic and Francesca. He was a kind and much-loved man. Peace and love surrounded him in his last days of life with family at his side.

He was born in Cleveland the only child of James Custer Petitt and Helen Josephine Petitt. He lived in Shaker Heights with his beloved wife Jean, who passed away in 1998. Gordon graduated from Western Reserve University with a Bachelor of Science in Music Education and the Cleveland Advertising Club School. He spent the majority of two years as a Specialist, 4th grade, in the Army Reserves, 112th Engineering Battalion (known at the time as the Cleveland Grays), 37th Infantry Division at Camp Grayling, Michigan.

One of his first professional careers after training as a national guardsman began at Gray Drug Stores as Advertising Manager in 1965. However, his real passion was singing and was an especially talented bass baritone singer performing in many churches throughout Ohio including First Baptist's Church in Cleveland Heights, Old Stone Church, Cleveland Symphony Chorus, Trinity Congregational and Rocky River Methodist Church and the Church of Christ, Scientists.

He received much of his professional vocal training at The Cleveland Institute of Music with George Vassos and The Cleveland Music School Settlement with Pauline Thesmacher. He has also studied with opera diva Eva Licova and coached with Courtney Kenny, Robert Sadin and the famed French baritone Gerard Souzay.

He sang leading and title roles while at The Cleveland Opera and Cleveland Opera Theater Ensemble that include Rigoletto, The Tales of Hoffman, The Crucible, La Traviata, The Ballad of Baby Doe and IL Barbiere di Siviglia - even performing with famous stars such as Victor Borge.

Equally comfortable in popular music and musical theater, Gordon has won acclaim for his Billy in Carousel, Emile de Becque in South Pacific and the dual roles of Fred and Petruccio in Kiss Me Kate. He also was a frequent soloist in cantatas and oratorios. His bass-baritone can be heard as Simeon on the recording of Randall Thompson’s The Nativity According to Saint Luke on the Koch International label.

Gordon also continued expanding his marketing career by starting his own successful Advertising Marketing Design and Public Relations firm with his wife Jean in 1983. Gordon then enjoyed his position as Director of Marketing for The Cleveland Pops Orchestra for the last 22 years. Once again, he was in his element with song and music.

The HOSPICE OF THE WESTERN RESERVE and everyone at David Simpson Hospice House were exemplary in caring for Gordon and deserve our extreme gratitude.

The Funeral Service will be at Brown-Forward Funeral Home, located at 17022 Chagrin Boulevard, Shaker Heights, Ohio starting at 11:00 am on September 17 – facemasks required. An on-line connection to the services will be available through Brown-Forward.

Memorial contributions can be made to the Jean Louise Petitt Scholarship Fund at The Cleveland Pops Orchestra, 24000 Mercantile Road Suite 10, Beachwood Ohio 44122.