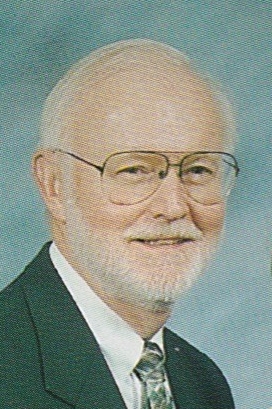 Fred was born in Cleveland to Frances (nee LaPorte) and Joseph Sykora on July 2, 1937. His sister Sandra Jo predeceased him.

His school years were spent in Cleveland and Barberton. He earned the rank of Eagle Scout while attending Barberton High School. His college years were spent at Ohio Wesleyan University, and then he attended and graduated from the University of Pittsburgh School of Medicine with an M.D. degree.

Fred and Mary Lou raised their daughters in Shaker Heights. They were active members of Church of the Saviour United Methodist Church in Cleveland Heights.

Following retirement they divided their time between Shaker Heights and Sedona, Arizona, where they enjoyed hiking, photography, and exploring the Southwest. They traveled extensively in the U.S., Europe, and Central America. Fred also enjoyed fly fishing and golf.

His daughters said of their father, “He gave us one of the greatest gifts a father can give: He showed us how a loving husband and father should live his life. His generosity was on display every day in acts both large and small. He insisted on picking up the check, he cleared the neighbors’ snowy sidewalks, he built homes in Guatemala, he assumed the best in everyone he met. He was generous with his time and wealth of medical knowledge, teaching and mentoring students, technicians, and younger colleagues . Most of all, he was generous of heart to us. His steadfast, quiet, and kind devotion to his family was a touchstone to us all.”

A private service will be held in the sanctuary at Church of the Saviour on Saturday, June 5, at 11 a.m. Others are encouraged to participate via livestream at https://www.cotsumc.org/live-stream/

To order memorial trees or send flowers to the family in memory of Glenn F. "Fred" Sykora, MD, please visit our flower store.