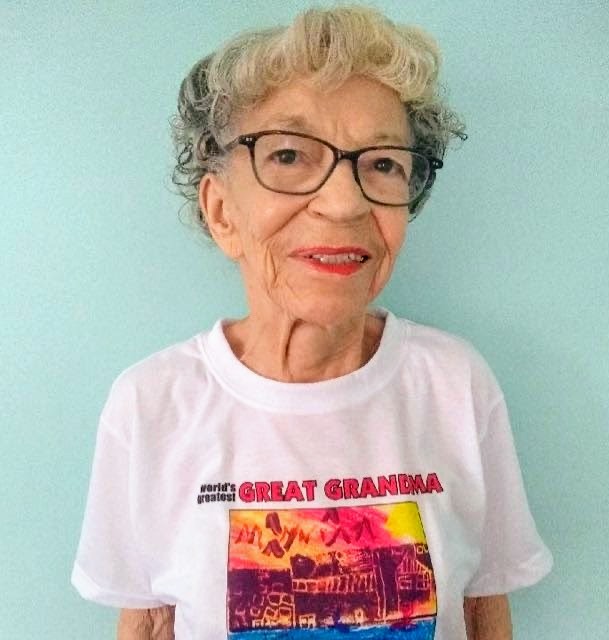 Gertrude Jacquiline Watters was born in Akron, Ohio on December 27th, 1927 and later moved to Shannon, Georgia where her family owned property. The family later moved to Dalton, Georgia for educational opportunities, which were not always available to African Americans at the time. She attended Emery Street High School, which was constructed to address the educational needs of African American children in Dalton and surrounding areas. Gertrude graduated with honors from Emery Street High School in 1944 and went on to attend Fort Valley State College in Fort Valley, Georgia, a Historically Black College and University (HBCU). There she participated in the Player’s Guild, the Education Club, the Young Woman’s Council and the choir. She graduated from Fort Valley State College in 1948 and was voted as the “Most Studious Girl” in her class who was “able to squeeze twenty-five hours out of a day.” After graduating from college she became an educator and taught deaf education at Alexander Graham Bell in the Cleveland Municipal School District. Throughout her life Gertrude was an active member of the church. For many years she was a parishioner at St. Cecelia’s Parish, located in the Mount Pleasant neighborhood on Cleveland’s east side. St. Cecilia’s Parish closed its doors on April 25, 2010 after which she joined St. Dominic’s Church in Shaker Heights. Gertrude was an active member of the Knights of Peter Claver, the largest historically African American Catholic lay organization in the United States whose purpose is to render service to God and His Holy Church. Gertrude was artistically inclined and was skillful in painting, ceramics and etching. She also was an excellent cook! The family enjoyed her collard greens, carrots, sweet potatoes, homemade cornbread and most especially her salmon croquettes! Gertrude loved gardening and feeding and watching the birds in her backyard. She was a philanthropist and would often make donations to various charitable organizations, most notably to the Wright State University Foundation for the Giorgio McBeath Memorial Scholarship, in dedication to her late son.

The family wishes to acknowledge the friendships of the Cummings, King and Boyd families.

The family prefers that those who wish may make contributions to:

A Private Family Mass of Christian Burial will be held at 11am on Monday, December 28 at Church of St. Dominic, 19000 Van Aken Blvd, Shaker Hts., OH.  FRIENDS MAY CALL AT BROWN-FORWARD, 17022 CHAGRIN BLVD, SHAKER HTS, OH ON MONDAY, DECEMBER 28 FROM 9-10:30.  Interment, Calvary Cemetery, Cleveland, OH.  Friends may view the Funeral Mass and Burial virtually via live-stream click on the link below.

To order memorial trees or send flowers to the family in memory of Gertrude McBeath, please visit our flower store.
Open