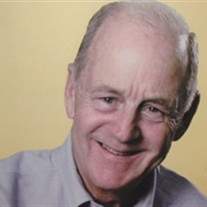 "A brand new baby brother! And he's left handed! He'll play first base on our team!" This was the cry from Gerry Conway's seven older brothers and one sister when they heard the news on the morning of June 17, 1931 that another member of the illustrious Conway clan had entered the world. Gerry was a shining addition to the family: His Dad, Tim Conway Sr. was President of Fisher Foods;  Mom, the great mother of 13 eventually, Margaret Nelson Conway: Dan, who perished too early as an Air Force pilot in World War II: Bob, a Marine who fought as an officer in that 'exchange of views'; Jack, an officer in the other theater of war, Europe, under General Patton.  Then there was Tim a Navy pilot during the same exchange of views, and Bud, the fifth Conway brother in service to God and Country, serving as a WW II Navy Cadet. After the war there was no let up with the births of Bill, Jim, our friend Gerry, Tommy, Terry, Neil and Peggy. Each Conway of this greatest of generations were born with special talents, but none had that unique sparkle of Gerald Anthony Conway. He was a gifted athlete, marketing genius, and always had a twinkle in his eye and good joke in his back pocket. Gerry picked up his Post-game Award just after 5:00 AM at the  heavenly goal line on January 6, 2016 after a long game  battling Parkinson's Disease. He picked  up his life-time achievement Most Valuable Player Award, as he had done in 1943 as the University School Football Co-Captain, a team undefeated in 22 straight games.  Gerry went on to become a star half-back on the 1949 Yale University football team, still gathering academic honors along the way. He never neglected his duties to fame, fortune and fun. He won memberships in the St. Anthony  (Delta Psi) fraternity and the Thomas More Society at Yale. By far, Gerry's greatest achievement at Yale was marrying his childhood sweetheart, Martine Vilas of Cleveland, Hathaway Brown and Vassar. Gerry and Marty's strong marriage produced a fine brood: Kevin (Kelly), Stuart (Jenny Bramhall), Gerry Jr. (Kanur Srinivasan), Brian (deceased), Neil (Laurel), Paul (Elvia Arevalo), Martine Conway (Tyson Bennett), and 12 much loved grandchildren.  Gerry launched his own graphic arts business in the early 1960s which evolved into an innovative specialty firm focused on point-of-purchase products: Fasteners for Retail, Inc.. Gerry got the whole family involved in the start-up effort. Many a visitor would find the Conway living room floor taken over by products and packaging - everyone chipping in to meet market demand. The business burgeoned thanks to Gerry's leadership and keen marketing know-how and eventually earned Gerry an honored place in the Point-of-Purchase Association (POPAI) Hall of Fame. Gerry was committed to helping others throughout his life. He held positions on numerous boards and was active in a wide range of social and community efforts, including: University School, Plastic Safety Systems, Stella Maris (a halfway house for those in recovery), SPEA, P.L.A.N., while also helping many friends of Bill W. over the course of 45 years. A life well lived. A man well loved. And a left-handed brother!  A Funeral Mass will be held at 10 am on Saturday, January 9 at St. Joan of Arc Catholic Church, 496 East Washington Street, Chagrin Falls OH 44022.  FRIENDS MAY CALL AT BROWN-FORWARD, 17022 CHAGRIN BLVD., SHAKER HTS., OH ON FRIDAY, JANUARY 8 FROM 3-5PM.  Interment, Lake View Cemetery.
i��