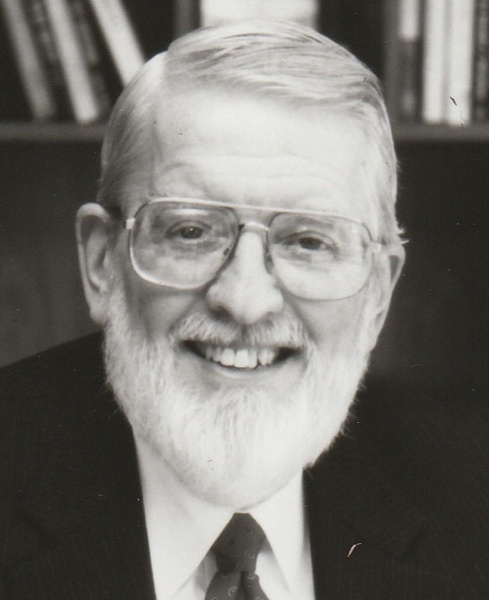 GEORGE N. HAVENS, loving husband, father, great adventurer, and long-time Cleveland business leader, passed away on October 7th, 2019 at the age of 95. He is survived by his wife, Virginia Councell, with whom he shared all of life’s greatest moments for 71 years. Together they explored the great cities and cathedrals of Europe, hiked in the Alps, the Rocky Mountains of Montana and Colorado, and the Presidential Range in New Hampshire, cooked gourmet dinners and enjoyed their love of classical music, jazz, and opera. He leaves three sons, Peter (Suzanne), Hunter, and Fraser (Sarah), along with eight grandchildren and one great-grandchild.

He grew up in East Cleveland and attended Shaw High School. After serving in the U.S. Army in WWII in Belgium and France, he came home to marry his high school sweetheart, Virginia. He was a B.S. honors graduate from Case Western Reserve University, where he later earned an MBA. He was active in the alumni associations, served on many boards, and was a staunch supporter of and lecturer at the Case Western Reserve Weatherhead School of Management.

His business career included rising to Chairman and CEO of the Jayme Organization, Cleveland’s most innovative and fastest growing advertising agency. He was inducted into the Cleveland Advertising Hall of Fame.

After retiring, he launched Strategic Consulting to provide leadership and long-term planning to corporate clients. He authored over six books, including “A Special Time, A Special Place: East Cleveland Remembered,” and “We Made The Headlines Possible,” about his WWII experiences. He also lived in Bozeman, Montana where he was on the boards for Montana State University and Jazz Montana, and enjoyed hiking, mountain climbing and rafting. He also taught a class on early jazz.

He was an avid reader of history and biographies, feared tennis opponent, and had a great sense of humor.

He was a decent, generous, and honorable man who made a contribution to his city and country, and took his family on great adventures to many National Parks and battlefields, camping, hiking, and climbing many mountains in and along the way, including a true survival and ENDURANCE contest canoeing in The Boundary Waters of Minnesota.