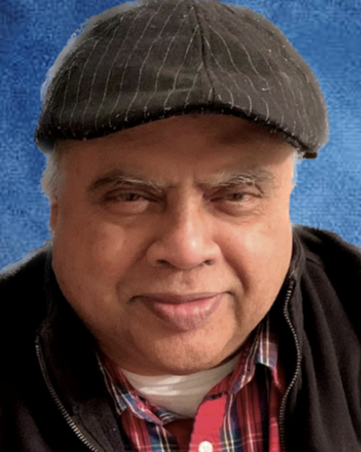 George H. Seneviratne was called home by the Lord on January 19th, 2023. He was the beloved husband of Yolanda and the dear father of Christina. Loving brother of Rohan, Ranjan, Priyani, and Nirmalee. George was the second oldest son of the late William and Philomina Seneviratne.
He was a caring person who loved spending time with his family and friends. He was known for his contagious smile and inviting laughter. During his lifetime, he worked in the hotel/hospitality industry in the United Kingdom, the Middle East, and the United States until he became disabled at 49 years old.
Despite his disability, he took great care of his daughter and wife. He was strong willed and a person of great faith. George was a good mentor. He loved sharing his faith and blessings with others. He always used to say “Praise the Lord." He continued to pray and was surrounded by the people he loved during his final moments.
Anyone who would like to do so can contribute on his behalf to a local orphanage or to The Church of St. Dominic , 19000 Van Aken Blvd., Shaker Hts., OH 44122, where there will be a Funeral Mass on Wednesday, January 25th at 10 am.