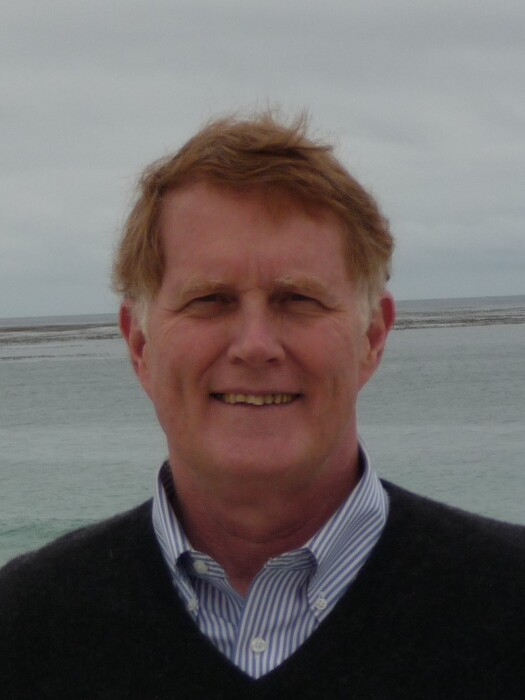 George L. McGaughey, of Shaker Heights, Ohio, died peacefully at home with his beloved wife Sarah Ott-Hansen at his side on February 28, 2021, after a long illness.

Born to George and Margaret (Gibbons) McGaughey, he was raised in Easton, Pennsylvania along with his late twin sister Margaret known as “Sisty” and his younger brother James, all of whom preceded him in death. George was the Easton Area High School Student Athlete of the Year and attended Yale University on a Navy ROTC Scholarship. After graduating with a bachelor’s degree in history, he served in the United States Marine Corps from 1967 to 1972. He earned the designation of a Naval Flight Officer and, as a Radar Intercept Officer, flew in the F4 Phantom II. His service included a tour of duty in Vietnam in 1969-1970 where he flew over 270 combat missions and was awarded the Distinguished Flying Cross.  He rose to the rank of Captain. During this time he married his late wife Sarah Yelverton who taught music in the Cleveland Heights schools. They were the loving parents of twin boys, Michael and Scott.

George attended the School of Law at Case Western Reserve University.  He graduated in 1975 with distinction as a member of the Law Review and the Order of the Coif.  He began a 40-year career at McDonald Hopkins LLC as a litigator and ethics counsel for the firm.  George shared his love of the profession with others as an adjunct professor of trial practice at CWRU School of Law.  He was active in the American Civil Liberties Union and was inducted into CWRU’s Society of Benchers.

After his first spouse passed, George found love again with his adoring wife Sarah Ott-Hansen. Together they traveled throughout the U.S., Canada and Europe, read books by the sea in Groton Long Point, Connecticut, and enjoyed their blended families and lives.   Known for his kindness, thoughtfulness, intelligence, good humor and wise judgement, he will be deeply missed by all he met along his path in life from his high school buddies, college and law school friends, fellow Marines, legal colleagues and many lifelong and family friends. Known by his Marine call sign “Sugar Bear,” George was a sweet man with a big heart.

Besides his devoted wife Sarah and treasured sons Scott and Mike, he is survived by his cherished stepchildren Emily, Peter and Geoffrey Hirsch and beloved father-in-law Henry Ott-Hansen. George was also close with his first wife’s family, especially Carol Yelverton Floyd and Angie Monk. George loved getting to know his second wife’s family, especially Don Hirsch, Sharon Bergstein and Judy Sullivan.  Burial at Lake View Cemetery will be private. A Celebration of Life is planned at a later date. Gifts in George’s memory may be made to the Nature Center at Shaker Lakes, 2600 S. Park Blvd., Shaker Hts, OH 44120 or the Marine Corp Scholarship Foundation, 909 N. Washington St, Suite 400, Alexandria, VA 22314.

To order memorial trees or send flowers to the family in memory of George McGaughey, please visit our flower store.