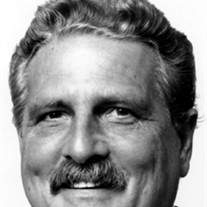 George Downing, 80, died peacefully at his home in Sanibel, Florida, on Thursday, February 26. Born in Erie, Pennsylvania, in 1934, to Anna Strasswimmer Downing and Jerome Francis Downing, he was predeceased by his sister, Roxanna Downing.

He graduated from Gannon College and Case Western Reserve University School of Law, and he spent his entire legal career with Baker Hostetler, working in the intellectual property rights and environmental law practice areas. He was particularly proud of his work on the contracts for the "Peanuts" and "Garfield" properties, most notably the holiday classic, "A Charlie Brown Christmas". He also spent a significant portion of his later career working on Superfund-related issues. He was a member of the Copyright Society of the United States, as well as the Patent, Trademark and Copyright Sections for the American and Ohio Bar Associations.

George was an active Trustee of The Cleveland Law Library Association, The Cleveland Music School Settlement and The Cleveland Skating Club. He was also a member of The Rowfant Club, to which he delivered numerous literary papers. He relished his winters in Sanibel, where Great Books and other classes at Barrier Island Group for the Arts consumed his time and attention.

George's passions included literature, art, music, travel and basking in the sun with the New York Times in hand. He cherished his family and friends.

George is survived by Molly, his beloved wife of 48 years; his son, Matthew, and his wife, Debby; his daughter, Gwynne Gretter, and her husband, Craig, and five grandchildren: Anna, Avery, and Tommy Downing; Katie and Gage Gretter.

In lieu of flowers, those who wish to may make a donation in his name to the Rowfant Club, 3028 Prospect Avenue East, Cleveland, Ohio, 44115 or to Juvenile Diabetes Research Foundation, 6100 Rockside Woods Blvd., Suite 445, Independence, Ohio 44131.