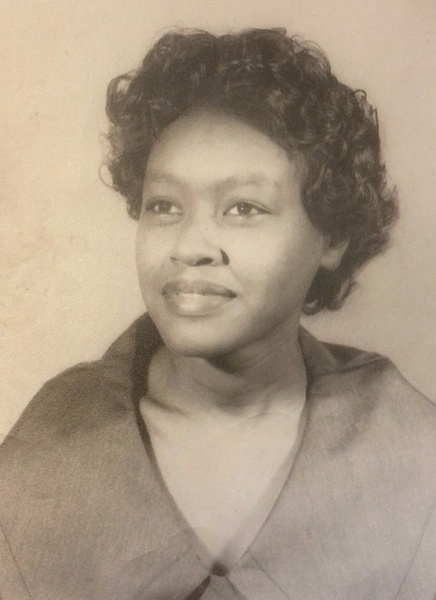 Geneva Rutledge-Willis was including, but certainly not limited to, a wife, mother, grandmother, and great grandmother. She was a valued community member, and a true citizen of the world. She was without question, a Renaissance Woman.

After matriculating at Alabama A&M College, for two years, she left the South, landing in Detroit, Michigan joining her older siblings.  She left the South as did millions of African Americans, fleeing the oppression of American Apartheid, seeking a sense of freedom and a chance to blossom.

She was married to Walter Willis for over Sixty Years, until his Transition in May of 2020. Their union was a treasure that produced four children, Michael, Donald, Harold (deceased) and Zula Willis.

The world was her oyster – she travelled the world; and visited every continent, most several times. She visited China, when the capital was Peking, and then again when it was Beijing. She visited the USSR, and again when it became Russia, Paris, Kenya, Egypt, London, Rio De Janeiro, Sydney!  You name it, she’s probably been there, or wanted to go!

Her need to go and experience LIFE wasn’t limited to international travel, when it came to the local diversity of Cleveland, she experienced that too. She held season tickets to both the Cleveland Playhouse, and the Cleveland Orchestra.  On Saturdays and Sundays, she was there. If there was a county fair in Amish country, and she wanted to go, she went! She would put on her hat, sunglasses, get in her car, and GO! If she didn’t feel like driving, she would enlist one of us to take the wheel. That was her! If there was something she wanted to do, SHE DID IT! Those who knew her, know exactly what we mean!

At home, she would often be found on her computer playing FreeCell, researching, and buying stocks, checking emails, and doing her. She was a strong advocate for education. The more the better.  She was so dedicated to the pursuit of education that, with four (4) children, and a husband, she went on to earn her Bachelor of Science degree! She would often register and take courses well into her early 80’s.  Additionally, she was a fierce believer in the financial independence of women and girls!

She was a FIRM BELIVER that Jesus was her savior, and that EVERYTHING is in His Hands!! That’s how she lived her LIFE!

Her church home - St. Peters AME Zion, was a huge part of her Life, even when she was unable to physically attend, she would unfailingly “attend” via Facebook, on her cellphone.

She was a woman, who kept up with technology. Her desktop, iPad and cellphone were never far from her reach.  If you wanted to communicate with her, you’d better call or text her on her trusty cellphone. Yeah, she was an avid texter.  When she spoke, her youthful smile and laughter completed every sentence. It will BE MISSED!

She was a member of many organizations, including but not limited to The Lincolnites, Church Women United, Cleveland Council of Black Nurses, Chi ETA Phi, Sorority and the National Black Nurses Association.

There will be no life like hers and no end to the joy and memories shared amongst us.