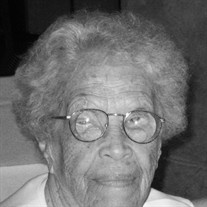 Frederika was from the Netherlands. She was born in Indonesia where her father worked for the Dutch government. Subsequently the family moved to the Netherlands and was there before and during World War II. After the war she moved back to Indonesia followed by Singapore, where she met her husband who was a Dutch diplomat. Thereafter she lived in South Africa, Washington DC, the Netherlands, San Francisco, the Netherlands again, Los Angeles, Russia, Canada, Cleveland, New Jersey, Florida, back to South Africa and finally back to Cleveland. She also visited multiple other countries, including all of western and part of eastern Europe, India, Kenya, Peru, and Mexico.

She attended high school and college in the Netherlands, where she earned a degree as a Translator/Interpreter for Dutch into and from German, French and English. She also spoke many other languages, including Spanish, Russian, Indonesian, Latin and classic Greek. She performed translations working for the government, private companies and individuals.

Her first marriage was to Frans van Lunteren, a career diplomat, in Singapore. Both of her children, Marianne and Erik, were born there. Many years after her first husband died, she married one of her high school friends, Henk Kok. After he died, she moved to Cleveland and into Hamlet Village. She has two grandchildren, Jenny and Greg, who are both in their twenties.

Frederika loved dogs, and made them a big part of her life and her family. These included Peter in South Africa, Dixie in Washington DC, Trixie in San Francisco, Los Angeles, Russia and the Netherlands, and Flora in Florida. These dogs were adopted from animal shelters, were provided with a happy home, and traveled extensively with the family on vacations.

In memory of Frederika, contributions may be made in her name to The Cleveland Animal Protective League, 1729 Willey Ave., Cleveland, OH 44113.

A memorial celebration of her life will be held January 21 at 2:30 pm with reception to follow until 4:30 pm at Hamlet Village Atrium, 200 Hamlet Hills Drive, Chagrin Falls, OH.