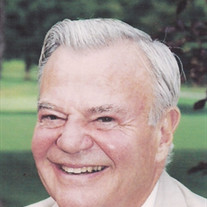 Francis Wynne "Babe" Neville was born in Cleveland, Ohio on April 20, 1923.
He married Sally Ann Nenner on October 9, 1954 in Cleveland, Ohio.
Babe graduated from Shaker High School and went to Case School of Applied Science (now Case-Western University).
He enlisted in the Air Force while at case and was sent to officer's training school in Goldsboro, North Carolina and Yale University, New Haven, Connecticut. He received his commission as a 2'nd Lieutenant and was stationed at airfields in Texas, Florida and on Long Island, New York. He was transferred to Oahu, Hawaii where he was stationed until the war ended. He was discharged as a 1'st Lieutenant.
He returned to Case to graduate with a BS in Mechanical Engineering in 1947. The Shaker Heights Sun newspaper carried this article in 1947:
"Five Shaker Men Honored at Case
Francis W. Neville,...., all of Shaker Heights received honor awards for campus leadership during the annual Honors Day Convocation at Case School of Applied Science.
Neville, the editor of the Case Tech, the weekly college newspaper, during the past semester, received an Honor Key for active participation in extracurricular activities at Case, and also was awarded a three-year key for his work on the Tech. He is also active in the Blue Key, Pi Delta Epsilon and Tau Beta Pi honorary fraternities and Phi Kappa Psi social fraternity."
After graduating in 1948, Babe worked with his father at the C.O. Bartlett & Snow Co. When the company was sold in 1961, he went to Ryan Industries which produced large vacuum tanks for holding cryogenic materials. This company was also sold and Babe then went to the Parr Paint Co. in 1974 which manufactured special paints and sealants for the automotive and recreational vehicle industry. He was president of the company when it was bought by the Koppers Co. in Pittsburgh.
After retiring from the Koppers Company in 1988 when he was 65 years old, Babe did consulting work for Keystone Environmental Engineering and North American Mfg. Co. and was Property Manager for Landerwood Glen Homeowners Association and others.
Francis W. "Babe" Neville, age 92 of Chagrin Falls, OH. Graduate of Shaker Hts. High School (1941), Service in the US Army Air Corp, WWII (1944-46), graduate of Case Institute of Technology (1947).  Beloved husband of Sally Neville (nee Nenner); loving father of Scott Wynne Neville (Sharon) of Hudson, OH, Laurie Neville Simpson (Christopher) of Whitefield, Maine; dear grandfather of Gretchen Hammerstrom; great-grandfather of Lucian and Lily.  The family prefers that those who wish may make contributions in his name to the Case School of Engineering, 10900 Euclid Avenue, Nord Hall 500, Cleveland, Ohio 44106-7220, or to Hospice of the Western Reserve, 300 E. 185th Street, Cleveland, OH 44119.  Private family service.  A reception will be held for family and friends on Saturday, April 23rd from 4-6 p.m. at The Country Club, 2825 Lander Road, Pepper Pike, Ohio 44124.