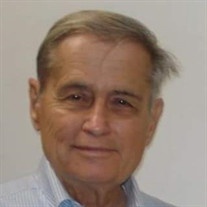 Francis graduated from St. Vincent High School (now known as St. Vincent/St. Mary) in Akron in 1953. He went on to obtain a Bachelor's Degree in Business Administration (Accounting major) in 1957 from Kent State University.

He joined Army ROTC while at Kent and earned top recruit honors in his class. Upon graduation from Kent, he served in Giessen, Germany and attained the rank of 1st Lieutenant. Upon his discharge in 1961, he began a long and illustrious career in accounting and finance.

Francis began as an auditor with the firm of Meaden & Moore, and went on to financial officer positions with White Motor Corporation and Bailey Controls Corporation. He finished the "first part" of his career at ACME-Cleveland Corporation, retiring in 2001 as Vice President and Treasurer. He didn't stay retired long. Founding his own firm, Appeldorn Associates, Inc., he performed consulting roles with Panzica Construction and the Byzantine Catholic Church as well as doing audits for Trinity Cathedral.