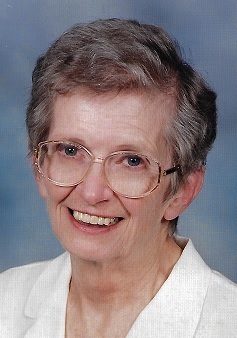 After earning a degree in Fine Arts from Bowling Green University in 1951, she continued development of her own art work through painting and pottery.  Her work has been exhibited in various shows throughout Ohio.  She also taught both in various art education programs around Greater Cleveland.

A longtime resident of Euclid Ohio, Evelyn worked to create civic opportunities for the growth and enjoyment of the fine arts in Euclid.  She founded the Euclid Cultural Council and was a member and president of the Euclid Art Association.  She was a founding board member of the Shore Cultural Center and served as president of its board.  Her efforts in cultivating the fine arts in Euclid was recognized in 1989 by the Euclid Women’s Caucus who named her their Woman of the Year.

She as a member of the former Epworth-Euclid United Methodist Church, now University Circle Methodist Church, where she contributed liturgical art, taught Sunday School, and served in church governance on multiple committees for over 60 years.

The family prefers that those who wish may make contributions in her name to the Cleveland Orchestra, Severance Hall, 11001 Euclid Ave., Cleveland, OH 44106.  A Memorial Service will be held Saturday, October 13th at 4 PM in University Circle United Methodist Church, 1919 E. 107th St., Cleveland, OH 44106.

To order memorial trees or send flowers to the family in memory of Evelyn Stroud, please visit our flower store.