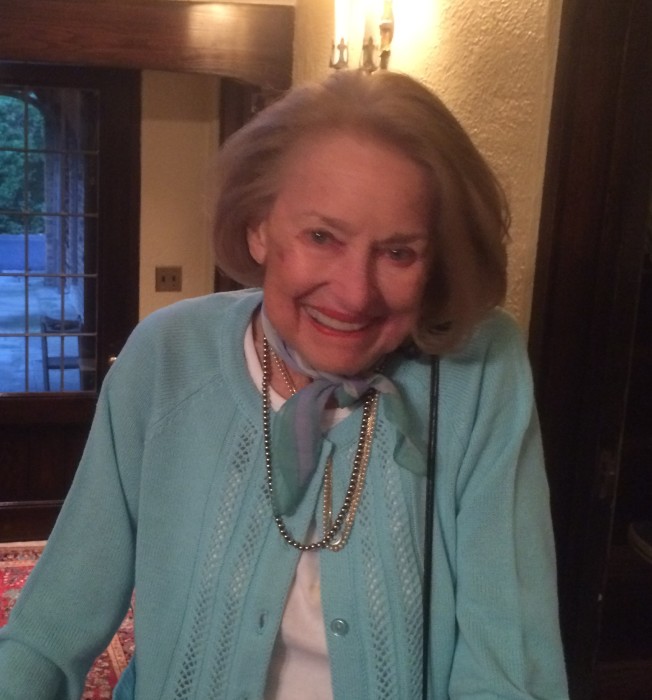 Emily Blair Forsythe Warren died peacefully in her sleep on the evening of May 7, 2019 with her son at her bedside having reached her goal of living to be 90 years old.

Emily was born July 22, 1928 in Pittsburgh, PA.  Emily’s parents Dutch & Harriet Forsythe, along with younger (deceased) sisters Anne & Peggy, moved quite a bit but kept returning to Cleveland. Emily graduated From Hathaway Brown School (1946?) and attended Coker College. She married Robert M. Warren of Kenilworth, IL  in Cleveland and were married over 50 years.

Through her volunteering with The Junior League she met her life long passion of historic preservation at The Western Reserve Historical Society. She was the first woman Trustee of the WRHS and also served several terms as an Ohio Delegate to the National Trust For Historic Preservation. Emily assisted in many of the activities surrounding the growth of the Hale Farm and Village and the Cuyahoga Valley Line Railroad.

She had unquenchable thirst for living life to its fullest and a passion for the well being of others.

The family prefers that donations be made to either the Western Reserve Historical Society, 10825 East Boulevard, Cleveland OH 44106 or the Cuyahoga Valley Scenic Railroad, 1630 Mill Street, Peninsula, OH 44264.

A Celebration of Life event will be held in the Fall.

To order memorial trees or send flowers to the family in memory of Emily Warren, please visit our flower store.