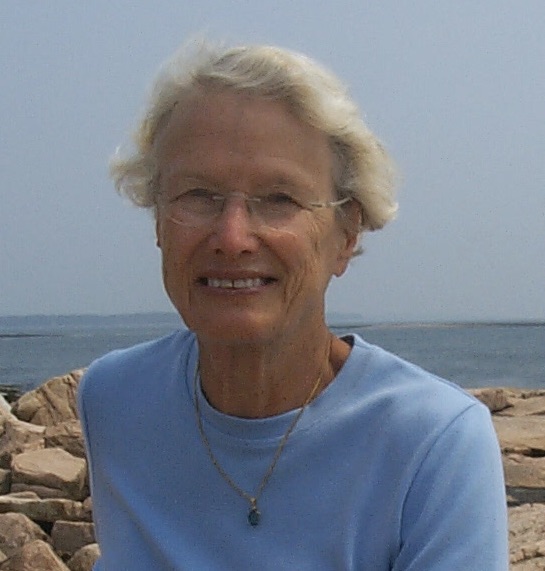 Emily Caner Parkman of Cleveland Heights, Ohio died peacefully on November 25, 2020 at the age of 93 at South Franklin Circle in Chagrin Falls, Ohio.  She was born in Boston, Massachusetts of parents Mary Paul Caner and George Colkett Caner, MD, on February 6, 1927.  Growing up in Boston, MA, her family spent summers in Manchester-by-the-Sea, Massachusetts including her two siblings George Colkett Caner, Jr., and Mary (Lila) Caner.  Emily graduated from Tufts University in occupational therapy, married Henry(Harry) Parkman, III, of Boston, MA and initially lived in their family’s cottage in Manchester-by-the-Sea.  They moved to Nashville, Tennessee in 1955, lived there for eight years, then moved to Cleveland Heights, Ohio where they lived for over 30 years. The moves were precipitated by her husband’s employment with the brokerage firm Vance Sanders, Inc. (currently Eaton Vance).

In Cleveland, she got involved at the Cleveland Museum of Natural History, where she volunteered and learned the art of taxidermy. Later she officially joined the staff as their chief taxidermist, stuffing animals from small birds to polar bears. Emily was creative in a broad range of art mediums, including needlepoint, painting, and sculpture. She showed her sculptures, both bronze castings and wood carvings of animals, in numerous art shows. She had quite a following of those who collected her work. Hawken School, in Gates Mills, commissioned Emily to create a bronze sculpture of a hawk, the school’s mascot, which currently graces the entranceway at Hawken’s upper campus. St. Paul’s Church, where she was an active member for many years, commissioned her to sculpt the baptismal font, as well as a sizable pelican that is perched on the edge of the fountain in the courtyard at the church.

Throughout her life, she was active in many sports including tennis, golf, skiing, and paddle tennis, with family memberships at the Cleveland Skating Club, Cleveland Racquet Club, and Essex County Club.  A lover of dogs, she always had one at her side.  She showed her two cairn terriers, Bonnie and Bonnie’s daughter, Lulu, in dog shows, in which Bonnie McBryan’s Lulubelle became a champion in dog show competition.

She and her husband, Harry, enjoyed many trips together from Antarctica to Australia, and many in between such as an African safari, birding tours, and cruises in Blue Hill Bay off the coast of Maine.

Emily has been a resident of South Franklin Circle for the last eight years.  She was predeceased by her husband, Harry, and her brother, George.  Survivors of her family include her sister, Lila Mehlman, her four children-- Lee Deininger (Rick Thomas) of Solon, OH, Henry Parkman (Martha) of Strafford, PA , Ginny Lane (Jim) of Atlanta, GA, and Mary Parkman of Naples, FL; nine grandchildren, and four great grandchildren.  In lieu of flowers, please consider a donation to the Cleveland Museum of Natural History 1 Wade Oval Dr, Cleveland, OH 44106. The family plans a summer service in Manchester-by-the-Sea.

To order memorial trees or send flowers to the family in memory of Emily Parkman, please visit our flower store.