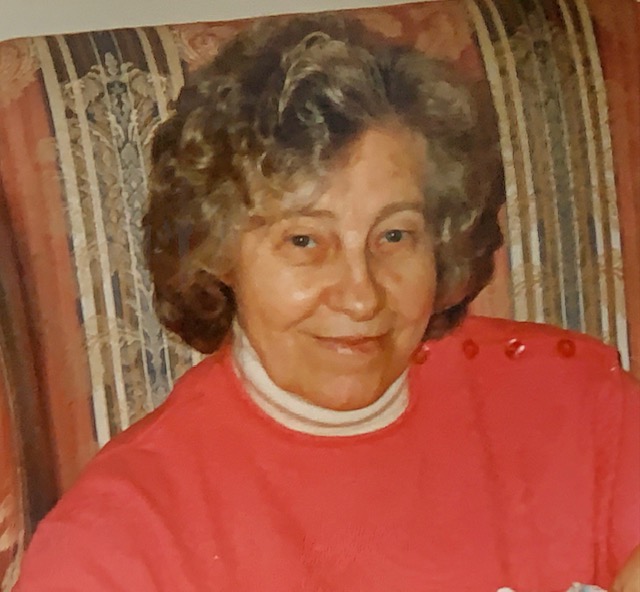 Ella Schwandt passed away on December 16, 2020, at the age of 92 at Kemper House of Highland Heights. She was predeceased by her husband, Rudy, and her daughter, Anita. Survivors of her family include her son-in-law, Paul Lang, and her four beloved grandchildren – Jordan Lang of Marysville, OH, and Thomas, Jackson, and William Lang, all of Shaker Heights, OH.

Ella was born in Neu Elft, Bessarabia (now Ukraine) on May 25th, 1928 to Katharina and Johannes Olke. She was the youngest and only daughter of four children (her brothers being Arthur, Alvin, and Herbert). Ella and her family were forced from their home and separated when she was a young teenager. Over several years, Ella made her way around Poland and East Germany using her wits and perseverance before finally crossing the border to West Germany and freedom. There, she reunited with her parents, and eventually met and married Rudolph Schwandt. Ella and Rudy immigrated to the United States in 1957 via a tumultuous boat passage to New York. After making their way to Cleveland, Rudy and Ella both worked at the Cleveland Twist Drill until Anita was born in 1967, at which point she stayed at home to raise their daughter at their house in Parma.

After Rudy passed away in 1994, Ella moved in with Paul and Anita to take care of their daughter Jordan. Over the next 25 years, “Oma” helped raise Jordan, Thomas, Jackson, and William into wonderful young adults while Paul and Anita pursued their careers. Everyone who knew the Lang children knew Oma, because she did it all and was omnipresent in their lives– from teaching them how to prepare and cook family recipes to sharing stories of her past. She was always prepared with an after-school snack and home-cooked meals, which became even more of a feat as her younger grandchildren grew into teenage boys. She read them books (in English and German), hosted their play dates, and attended countless school and extra-curricular open houses, athletic events, piano and dance recitals, plays and concerts, and more.

To order memorial trees or send flowers to the family in memory of Ella Schwandt, please visit our flower store.

A Family Observance will be held