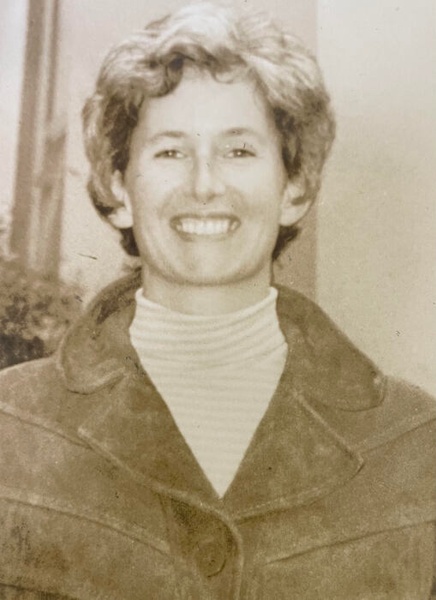 Elizabeth “Betsy” Day Bolton, wife, mother and grandmother, died peacefully on October 16, 2021, at her home in Asheville, N.C. with her family by her side. Born on June 13, 1941, in Hartford, C.T., she is a graduate of Madeira School, Smith College and Stanford University. She lived in New York City after college where she worked for the American Field Service. She then moved to California to work with Sir Harold Mitchell, from whom Betsy had taken a course while on her junior year abroad in Geneva, Switzerland, as he wrote his seminal book on the history of the Caribbean. Betsy’s work with Sir Mitchell took her to Bermuda and Jamaica with the professor and his family. Upon her return to Stanford to receive her MA in Hispanic American affairs, she met her future husband, Thomas Bolton.

Betsy married Tom in 1968 and moved to New York City, where she worked with Sam Beard as he incubated small business enterprises. In 1971, Betsy and Tom moved to Asheville, N.C. where they settled and raised three children. Betsy was a life-long learner and avid reader. She was an advocate for women and children’s rights, the latter of which led her into a career as a volunteer, and eventually program manager, for Guardian Ad Litem, where she devoted herself to the safety and well-being of neglected children in Western North Carolina. She also pursued her love of and concern for children through organizations such as Governor Jim Hunt’s Smart Start program and the Mountain Area Child and Family Center. She was active in her community as a member of the French Broad Garden Club, a board member of Asheville Country Day School and participated with numerous other charities such as the Buncombe County Partnership for Children, the Verner Center for Early Learning, the Preservation Society of Asheville, The WNC Community Foundation, Children First and the Woods Hole Historical Museum and Library.

Betsy was an extraordinary spirit who led an exceptional life. Her core being reflected kindness, curiosity and compassion, which imbued her with a “family first” attitude and deep orientation for honesty. She was unfailingly generous and a ray of sunlight to all in her community, where she selflessly thought of others. Oftentimes, Betsy sang as she walked and took pleasure in nature with strolls through the woods and on the beach. She could sing every song from The Pirates of Penzance and would be the first to buy summer stock theatre tickets for her entire family. Betsy loved her family home in Woods Hole, M.A., and enjoyed time with family and friends while sailing and playing tennis.

In lieu of flowers, donations are welcome to the Verner Center for Early Learning. https://vernerearlylearning.networkforgood.com/projects/108426-your-gift-supports-children-and-families-now

Private family services will be held.