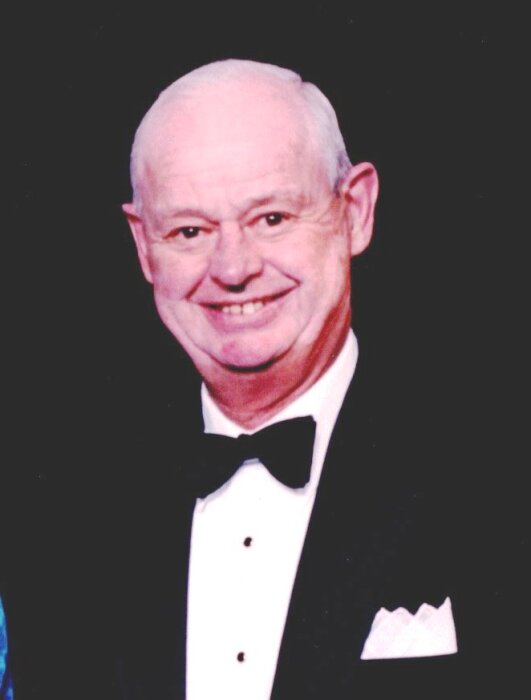 Edwin R. Motch, III, age 93 of Orange Village, OH.  Beloved husband of the late Gloria Motch. Father to Edwin(Kristi), Michael (Kathleen) and Sandra Hood. Grandfather to Michael, Andrew, Annie, Robert, Christine, David and Mary Motch, Brandon, Chelsea, and Taylor Hood. Edwin was born in Cleveland Ohio to Edwin R. Motch Jr. and Mary M. Motch. He attended the University School and the Hotchkiss School, graduating from Rollins College. He served in the US Navy as a Lieutenant during the Korean War. He began his career with the Motch and Merryweather Machinery Company staying on for two years after the company was acquired by Oerlikon-Buerle. Soon after he purchased the Wellington Machine Company and separately partnered to form the Motch and Eichele Company. He was a gifted athlete in many sports, his greatest love being tennis. He continued to play tennis several times a week until age 88. A loyal Cleveland sports fan, he rarely missed a broadcast of the Indians, Browns and Cavaliers. He traveled the world but had a passion for the American West. In 1985 he took a rafting trip down the Selway River in Idaho, only to return to the river with friends and family every year for the next 35 years. He was a loyal friend to many, and everyone had a personal “Eddie” story to tell.  The family prefers that those who wish may make contributions in his name to a charity of choice. A Celebration of Life will be held on Saturday, Sept. 11, from 2-4 PM at the Cleveland Racquet Club, 29825 Chagrin Blvd, Pepper Pike, OH. Private interment, Lake View Cemetery.

To order memorial trees or send flowers to the family in memory of Edwin Motch, III, please visit our flower store.