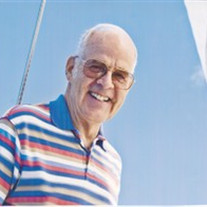 Edward Randolph Brown, known as Ted, was a highly respected lawyer, classical music lover and dedicated public servant from Cleveland, Ohio. Born in Cleveland Heights in 1933, he attended Roxboro Elementary School, before matriculating at Phillips Exeter Academy and then going onto Harvard College, where he graduated in 1955. After Harvard he spent three years in the US army before beginning his first career as a journalist, as a reporter with the Minneapolis Tribune and then as feature writer for the Lorain Journal. During his time in the army in Washington, DC, he decided to teach himself Russian, the language and culture of a country that fascinated him for his entire adult life. In the fall of 1959, he began law school at Case Western Reserve Law School, and graduated second in his class in 1962. He also became a member of the Order of the Coif. While in law school he served as editor of the Law Review and was a second year member of CWRU's Moot Court team.

In 1961, while still at law school, he married Sally Reed of Shaker Heights, and had two daughters, Rosalind, born in 1963 and Jocelyn, born in 1966. After law school, he began his lifelong determination to be of service to others. He became a public defender at Cleveland's Legal Aid Society where he tried many criminal cases, but his specialty was criminal appeals. He argued in the Federal Appeals Court and in the Ohio Supreme Court, and the local Court of Appeals in Cleveland. Ted's biggest trial in criminal law was the that of Daniel Green and his accomplice Skip Ponikvar, which lasted six weeks in 1966. He also successfully defended two capital cases, once saving the life of a 16 year old boy.

In 1967, Ted returned to private practice, first to Squire Sanders & Dempsey but then Arter & Hadden, where he handled civil defense cases and became partner. During the early 1980s, he practiced commercial law, carving out a speciality in bankruptcy law and defending companies such as the White Motor Company. In 1994 he retired from Arter & Hadden, and followed his interests in Russia. He became the coordinator of a USIA-financed law school exchange program for both students and faculty among the law faculties from St. Petersburg State University, the Volgograd State University, Cleveland Marshall University and Case Western Reserve Law School.

In 1994 and 1995, he spent four months each in Volgograd, facilitating the exchange of specialists from the Cleveland Clinic maternity hospitals to teach counterparts in Volgograd about improved neo-natal care. In 1996, Ted spent three months in Minsk, Belarus, preparing and conducting a seminar in Russian on the new Belarussian bankruptcy law, which had just been passed by the Belarussian Supreme Court. It was an unsettling but exciting time in Minsk during 1996, and Ted was able to view the suppression of anti-government demonstrations from his window in the center of the capital. It was a source of regret to him that the dictator of Belarus was still in power as of 2015, and few of the reforms that the Belarussians wanted so much were not implemented.

Ted was a great lover of music, serving on the board of the Cleveland Institute of Music for many years and supporting musical organizations such as Artsong, the Cleveland Piano Competition, ChamberFest and Apollo's Fire. He also supported Holden Arboretum and enjoyed many walks there with his dogs.

One of Ted's greatest pleasures was spending time at his family's summer cottage in the Berkshires of western Massachusetts. His grandparents and father had spent many happy summers in Rowe, Massachusetts for over a hundred years, and he loved taking his family there and swimming in the lake and hiking on the trails in the woods of the park. Ted's father, Percy, had given both the Pelham Lake and the park to the town of Rowe in the mid-1950s, and it gave Ted particular pleasure to know that his six grandchildren would continue to enjoy the cottage and the lake for many years to come.

Edward Brown is survived by his wife of 53 years, Sally Brown (nee Reed), two daughters, Rosalind Stewart and Jocelyn Brown Hall, and six grandchildren. Alistair (19), Amelia (17) and Lydia (14) live in London, England, with Rosalind and her husband Ian Stewart; Miranda (14) and Christian and Nathaniel (12) live with Jocelyn and her husband Richard Hall in Washington DC. Ted was very proud of his progeny, and it is with great satisfaction that the eldest of his American grandchildren, Miranda Hall, will be starting at his alma mater, Phillips Exeter Academy, as a 9th Grader in the fall of 2015, exactly 68 years after her grandfather started as a young teen-ager.


PDF Printable Version
To order memorial trees or send flowers to the family in memory of Edward Brown, please visit our flower store.