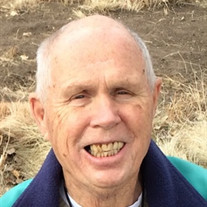 Ted graduated from University School in 1952 and Yale University in 1956. He served with the Marine Corps from 1956 to 1959 in aerology. Ted joined his father at Cleveland Builders Supply Company and worked in the building industry until 1972 when he purchased O'Sullivan Lake Lodge, a fishing and hunting camp in Northern Quebec. Fishing was Ted's lifelong passion. He traveled extensively through Canada, the Northwest Territories and Mexico with friends in search of the big fish. Later in life he took up fly fishing as a new hobby.

In lieu of flowers, contributions can be made in his name to Cloves Syndrome Community, P.O. Box 406, West Kennebunk, ME 04094, www.clovessyndrome.org which researches and supports others with this rare disease that his daughter has been diagnosed with.

A Celebration of Ted's Life will be held at a later date.


PDF Printable Version
To order memorial trees or send flowers to the family in memory of Edward Barkwill, please visit our flower store.