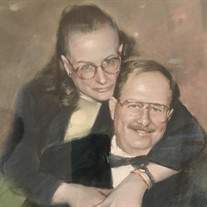 Edith Nickoson (nickname Babucy) was born in Germany on November 24, 1947. She immigrated to Cleveland on February 23, 1953 and became a US citizen on June 12, 1961. Edith was the middle child along with her older sister Friederika (Goldie) and younger brother Herbert. She graduated from John Adams High School in 1966 and married her husband Carl on April 27th, 1968.

Edith worked several jobs over the years including Kiddie City, Micro Center, and most recently retired from the Cuyahoga County Board of Developmental Disabilities in December 2017.

Edith gave birth to the first two of three children on November 27th, 1971 when her twin babies Diane (nickname Guguk) and Lydia were born. Unfortunately Lydia passed away immediately. Her son Mathew was born on January 15, 1981.

Over the years Edith enjoyed traveling with her family to many places across the eastern half of the United States and Canada such as Niagra Falls, Dayton, Greenfield Village, and Kings Island. She also enjoyed occasional spontaneous short trips with her husband Carl. In 2004 Edith was able to accompany her father Louis, daughter Diane, and son-in-law Kevin back to Germany to visit family and friends. Unfortunately, they had to cut their trip short due to the sudden passing of her husband Carl. She was able to return to Germany a few years later with her father Louis and brother Herb.

In 2005, Edith also accompanied her son Mathew and daughter-in-law Catherine along with their three children on a trip to Disney World, and in 2013 on a cruise from Florida to the Bahamas, as well as a ladies cruise with friends including her daughter-in-law Catherine and dear friend Karen from Florida to the Bahamas. Throughout her life her favorite times were spent in the company of her children and grandchildren.

Edith passed away suddenly the morning of January 15 from complications related to diabetes. She will be greatly missed by all who knew her. Edith spent her final days laughing and enjoying the company of her three grandchildren Veronica, Juliana, and Tyler.

The family prefers that those who wish may make contributions in her name to American Diabetes Association, 4500 Rockside Rd., Independence, OH 44131.