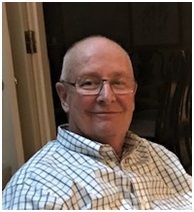 Dwight was born on May 22, 1939 in Cleveland, Ohio. He graduated from Yale University in 1961 and received his law degree from the University of Michigan in 1964. He practiced corporate law in Cleveland, Ohio at McDonald Hopkins for over 30 years. Dwight, a life member, proudly served on the board of the Metro Health Foundation for many years. He had a passion for the water and was an avid sailor and boater. He also loved skeet shooting, both for fun and competition.

Dwight, a loving husband, father and grandfather, is survived by his wife of over 40 years Joan Urankar Allgood; two children Dwight D. Allgood, husband to Kiva, and Amy (Allgood) Rini, wife to Mario; and five grandchildren Grant, Bradley, Alex, Lily and Violet. Dwight was preceded in death by his mother, Sophie and his father, Dwight, as well as his sister Judith Nease.

In lieu of flowers, the family suggests a donation to support the Transformation of MetroHealth: Building for the Future Fund, 2500 MetroHealth Drive, Cleveland, OH 44109.  A Memorial Service will be held at 11am on Saturday, September 7, 2019 at The Kirtland Country Club, 39438 Kirtland Rd., Willoughby, OH 44094.

To order memorial trees or send flowers to the family in memory of Dwight Allgood, please visit our flower store.