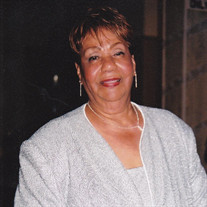 Doris left St. Louis, Missouri in 1949 at the age of 11 years old and went to Pasadena, California. She moved back to St. Louis, Missouri in 1950. Her mom Priscilla Clay moved the children Doris Clay and Leroy Clay to Cleveland, Ohio in 1952. It was in Cleveland, Ohio where Doris met and married Amzie Lee Harmon. Through this union Doris Harmon and Amzie Lee Harmon had four children: Diane Harmon, Michael Harmon, Annette Harmon and James Harmon.

Doris separated from Amzie Lee Harmon in 1970 and went on to raise their four children. She was a role model to her children and the character she displayed to her children molded them into the adults they are today. Doris taught her children how to save money and become hard and honest workers. She instilled in them to be responsible adults and whatever they wanted out of life was always attainable. Doris was truly a beautiful women inside and out with a contagious smile. Her role as mother, grandmother, sister, niece and friend was very important to her. She devoted herself in keeping her family close and her spirit was like the secret ingredient in our family's main course of life. Her presence will truly be missed.

Doris fellowship with Jehovah Witness and became a baptized Jehovah Witness July 22, 2011 where she turned her life over to Jehovah. She was a member of the Woodland Kingdom Hall. On August 23, 2016 she accepted Jesus Christ as her Lord and personal savior.

A Funeral Service will be held at 10:30am on Saturday, September 10th at Brown-Forward, 17022 Chagrin Blvd, Shaker Hts., OH. VISITING HOURS WILL BE HELD ON FRIDAY, SEPTEMBER 9th FROM 6-9PM AT BROWN-FORWARD. Interment, Hillcrest Cemetery.