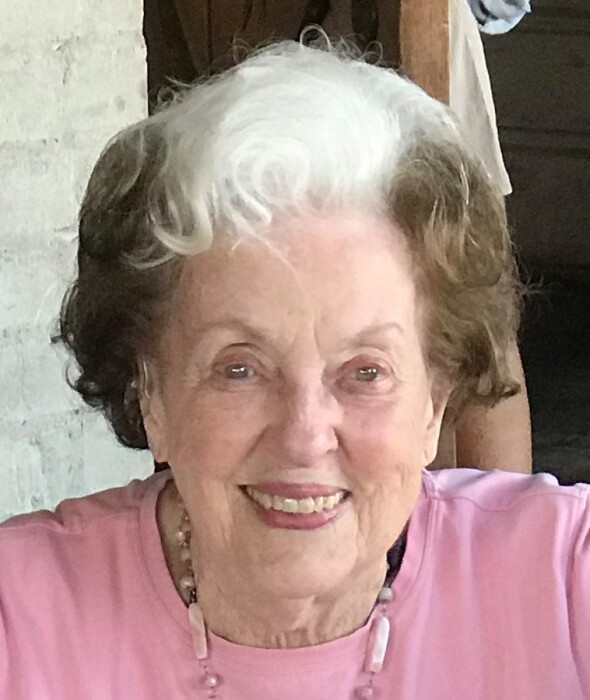 Doreen P. Gentile (nee Neale), 93, of Pepper Pike, Ohio, beloved wife of John (deceased), loving mother, grandmother and great grandmother passed away at home in the arms of her family on June 26, 2021.

Doreen graduated as Valedictorian from Danforth Technical High School in Toronto in 1945, and began a research career at the University of Toronto.

She met her husband, John, in 1950 while vacationing at Milford Manor in Muskoka.  They were married in Cleveland in 1952 and she continued her research career at Case Western Reserve University until the birth of her first child in 1953.

Doreen was an avid homemaker for the next 18 years and was passionate about her children’s lives, their friends, their schools and her Cleveland Heights community.  With her husband, John, she opened Astro Travel Service in 1971.  For more than 50 years, Doreen and her husband travelled worldwide often times with their children and with many friends.  In later years, Doreen and John were able to continue their travel adventures by cruising and every year for decades they hosted a Caribbean cruise for their entire family.

Doreen’s legacy is her family in which she believed she achieved her greatest success and in which she had the greatest pride.  Doreen also had an unwavering commitment to many charitable organizations including those focused on animal welfare and was a long-term and consistent supporter of these charities, which accounts for the five pounds or more of mail that arrived every day soliciting donations.

In lieu of flowers, the family suggests contributions to some of Doreen’s favorite local charities: The Animal Protective League, Geauga Humane Society Rescue Village, Happy Trails Farm Animal Sanctuary, the City Mission, or any other charity that protects the most vulnerable.

The Church of The Gesu