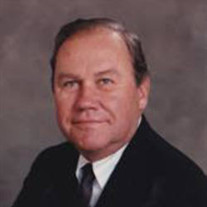 Donald W. Gruettner was born October 13,1930 to Hilda and Harold Gruettner. He graduated from Bayview High in Milwaukee, Wisconsin. He attended Marquette University and then went on to law school at the University of Michigan where he received his Juris Doctor degree. Don joined the law firm of Baker Hostetler & Patterson in 1955. He took the state bar exam in 1956, receiving the highest score of all the Ohio applicants. He became a partner and a managing partner with the Firm. Don practiced mainly in the business-corporate area, representing both publicly and privately held corporations. His principal areas of concentration were in the mergers and acquisitions and securities areas. He became a senior partner in 1994.

Don was active in various bar association committees, and served as a Director or Trustee of numerous corporations and organizations, including the Cleveland Playhouse, and the Cleveland Area Development Finance Corporation. He was a member of the Board of Advisors of Notre Dame College and the Council for Community Improvement of the Greater Cleveland Growth Association. He was a member of Nisi Prius and the Union Club.

He married his life-long sweetheart, Lois Schill, on June 13, 1953. Don and Lois have 5 children: Anne, Todd, Lauren, Sue and Mark. In addition to their five wonderful children, they have six grandchildren and six great-grandchildren.

In 1965, Don and Lois purchased a summer place on the French River in Ontario, Canada. This became the family's favorite vacation destination and has held many fond memories for three generations.

Don loved the outdoors. Some of his hobbies included gardening, fishing and traveling. He especially liked music and enjoyed singing among and with friends and family. Don embraced life with incredible joy, enthusiasm and humor. He cared and provided for his family, whom he loved very much.

He was a charismatic gentleman who always left people with a smile on their face.

Funeral Services will be held at the Church of the Resurrection, 32001 Cannon Rd, Solon, OH on Thursday, February 5 at 2 pm. Interment, Markillie Cemetery.


PDF Printable Version
To order memorial trees or send flowers to the family in memory of Donald Gruettner, please visit our flower store.