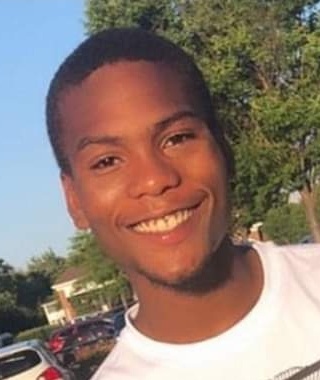 Davon was born May 31, 2000 at 3:02 am. Ever since he was a little person he always strived to be the best at everything he would do, and this would prove to show later on in life. Davon could play any sport and he would dominate it. He and his big brother Tisean would get together with their cousins and they played sports, video games and rode bikes. Davon graduated junior high school from Central Middle School. He went to High School at John Adams. He fell in love with wrestling at John Adams. He was also mentored and coached by Coach Partee. Coach proved to be an instrumental person in Davon’s life. Wrestling was great for Davon. He was very competitive. It also kept him out of trouble. Davon graduated from Adams and spent a brief time at college. He received a scholarship for wrestling. Everyone Davon came into contact with loved him. He was genuinely concerned about people and the way they truly felt. Davon had a smile that would light up an entire room. He will be dearly missed and will always have a special place in everyone's heart.

A private family Funeral Service will be held Tuesday, August 11th at 1 PM.  Those who wish may view the service virtually live streaming at ( https://www.brown-forward.com/obituary/Davon-Young ).  FRIENDS MAY CALL AT BROWN-FORWARD, 17022 CHAGRIN BLVD., SHAKER HTS., OH MONDAY, AUGUST 10th  FROM 5-7 PM.