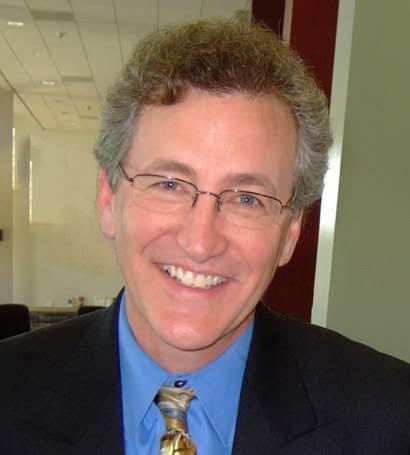 Born and raised in Artesia, New Mexico; graduated Artesia High School in 1977 and attended Baylor University. David earned his medical degree from the University Of New Mexico School Of Medicine in Albuquerque in 1984. He completed his internship, residency and fellowships in cardiology, heart failure and cardiac transplantation at The Medical College of Virginia (now known as Virginia Commonwealth University). It was at MCV that he found his passion for advanced heart failure and cardiac transplantation while working side-by-side with Dr. Michael Hess and Dr. Richard Lower.

From 1991-2001 he served as the Medical Director of Cardiac Transplant at the University of Utah. He was a Professor of Medicine in the Division of Cardiology, receiving multiple outstanding teaching awards during his tenure.  In 2001, he joined the Cleveland Clinic in the Robert and Suzanne Tomsich Department of Cardiovascular Medicine. He was awarded the Sones Favaloro Award for Education/Teacher of the year in 2016. He was named as one of the top 27 cardiologists in the United States by Forbes Magazine.

David was a leader in the field of Advanced Heart Failure and Heart Transplantation. He devoted much of his professional time to the transplant community. This included many roles with the International Society for Heart and Lung Transplantation (ISHLT). He served as program chair for the 21st ISHLT meeting in Vancouver in 2001 and was ISHLT President from 2012-2013. He continued to contribute to the ISHLT after concluding his term as president by serving as Chair of the Standards & Guidelines Committee, Chair of Task Forces on Education and member of the Editorial Board of the Journal of Heart and Lung Transplantation. For the American Society of Transplantation (AST), his roles included Deputy Editor for the American Journal for Transplant (a role he started in July 2019) and AST Chair of Thoracic Transplantation Committee. David cherished his time participating in the Rodeo Meetings held in Houston in the late 1990’s and early 2000’s organized by Dr. Branislav Radovancevic. These round table meetings included topics of contention in the field of advanced heart disease in which David was an expert contributor. In recent times, the Rodeo Meetings have morphed into the annual “Brano” Meeting held in Eastern Europe at which David was an esteemed lecturer and vibrant panel discussant. David was always a calm and sensible voice who earned respect from all the participants in these international meetings. David has left a tremendous legacy in the many people he touched and the many patients he cared for during his distinguished medical career.

It is impossible to list all of David’s accolades and contributions to medicine. He leaves a great void and will be missed each and every day.  The David O. Taylor MD Memorial Lecture in Heart Failure, an annual grand rounds lecture, will be established to honor his memory at the Cleveland Clinic.

Besides his academic and professional achievements, his true loves in life were his wife and children. He had an amazing ability to balance his family and work life, and often stressed the importance of having work-life balance with the students he mentored. He loved to travel and was a certified scuba diver. He loved the peace of the world under water (except for worrying about losing Linda – which he had been known to do).   Family diving vacations were his favorite (Oh the diving stories).   He often just sat back and smiled, knowing he was not going to get a word in.  Oh how his kids could talk, and he let them fly.

Through the years David has had a profound positive influence and impact on residents and fellows who worked closely with him and whom he taught (Taylor Talks was a favorite among the fellows). He truly exemplified a physician who consistently and beautifully practiced both the science and art of medicine.   In lieu of flowers, please consider making a contribution in his name to the David O. Taylor, MD Memorial Fund for Education via the Cleveland Clinic/Philanthropy Institute, PO Box 931517 Cleveland, OH 44193-1655 (giving.ccf.org),

The Transplant House of Cleveland www.transplanthouseofcleveland.org 2029 E. 115th Street Cleveland, Ohio 44106, or a charity close to your heart.

A celebration of David’s life will be held at a date and time to be determined.