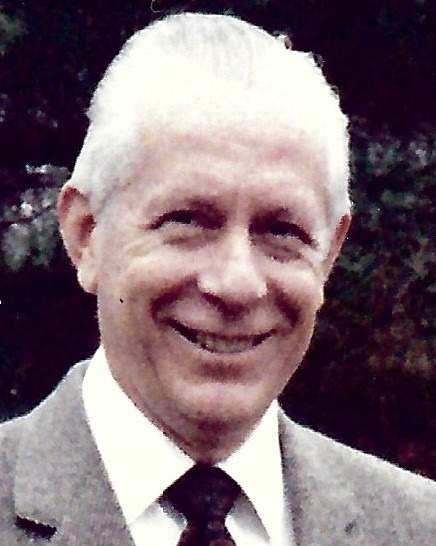 David Alexander Rodgers, PhD, died on November 3, 2022, in Cleveland OH, at age 96.  David was the beloved husband of the late Norma Rodgers, and the loving father of the late Linda Hurst and Kathryn A. Rodgers of Shaker Heights, OH. David was born in Hugo, OK on January 12, 1926 to Wilma Mae Wickizer Rodgers and Joseph Lee Rodgers Sr.  He grew up at 600 S. 3rd St. in Hugo before moving in high school to Rock Island, Illinois.  He entered the University of Oklahoma, fall 1943, left to serve in the Navy during WWII, and returned to OU to complete his chemical engineering degree.  His senior year, he received the Letzeiser Medal, OU’s highest student honor.   He earned his PhD in Psychology at the University of Chicago in 1953, and then had his first faculty appointment at the University of California, Berkeley.  Shortly following, he moved to the Psychology Department at the Scripps Clinic in La Jolla, CA, where he was a half-time researcher and half-time clinician. A decade later, in 1966, he was appointed Director of Psychology at the Cleveland Clinic, a title he held for over 20 years until his retirement in 1989.

David was world-renowned for his professional contributions to Psychology. He was President of several organizations:  the Cleveland Academy of Consulting Psychologists; the Ohio Psychological Association (twice); the Ohio Psychology Licensing Board; and the National Academies of Practice.  He served on many boards within the American Psychological Association, including the Council of Representatives, the legislative branch of the APA. He collaborated with Dr. Ron Fox to open the Professional School of Psychology at Wright State University in Dayton, OH in 1979, implementing an innovative practitioner-based doctoral program.

David married Norma Eaton, a native of Ohio, at the Eaton family home in Cleveland, OH on June 26, 1950; they had been married 71 years at her death in December 2021.  David and Norma were active in Shaker Heights and Cleveland community activities, church affairs at Plymouth Church of Christ, and in Shaker Heights governmental affairs.

David was preceded in death by his wife Norma; his parents J. Lee and Wilma; his daughter Linda; his brothers Lee and Bill; and Norma’s sister and brother-in-law, Lois and Bill Gebing.  He is survived by his daughter Kathryn Rodgers, and a number of nieces and nephews and their children and grandchildren.

Interment will follow in Fairview Cemetery, Hiram, OH.  A visitation will occur at Brown-Forward Sunday evening, November 13, from 7:30-9:30pm.