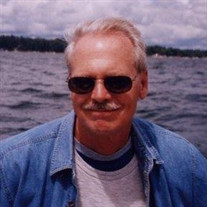 David A. Kay, age 73, of Chagrin Falls, OH died on Monday, November 28, suddenly and unexpectedly while working in his garden. David was an avid gardener and environmentalist.

He attended Hawken School in Cleveland and graduated from Orange High School in 1962. Shortly after graduation from Denison University in 1966, David began working for the American River Touring Association in Oakland, California, and served as its administrative director until 1978. He also worked as a consultant for the Environmental Defense Fund and was co-founder in 1973 of the Friends of the River. In 1982, David established the David Kay Garden and Gift Catalog, a direct mail retail catalog with a national distribution, which he sold to Foster and Gallagher in 1992. After his retirement from the catalog business, David was a great help tending to the gardens of his late father, Earle B. Kay and his late stepmother Florence Fawick Kay.

A Memorial Service is planned for the spring. A burial was held at Lake View Cemetery.

To order memorial trees or send flowers to the family in memory of David Kay, please visit our flower store.