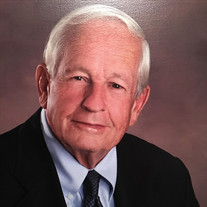 David M. Gleason was president and chief executive officer of Austin Powder Company, one of the world's oldest industrial explosives manufacturers serving the construction and mining industries.. Since joining Austin Powder in 1955, Mr. Gleason was instrumental in expanding the company from a small regional, 400 employee, explosives manufacturer, to a 4,000 employee, worldwide manufacturing/marketing organization, operating in North America, South America, Europe, Asia, and the Middle East. Mr. Gleason traveled and worked extensively throughout the world.

Following his service in the US Army (Korea), his graduation from Shaker Heights High School in 1950 and Dartmouth College in 1954, Mr. Gleason began his career at Austin Powder as a technical representative. From here, he worked his way through the ranks from sales representative to director of sales, vice president and general manager and ultimately, in 1965, to president and chief executive officer.

As Chairman and board member of the Institute of Makers of Explosives (IME) from 1979 to 1982, Mr. Gleason was instrumental in reorganizing the group into an effective trade organization that persuaded the U.S. Senate and House of Representatives to revise the explosives provisions of the anti-terrorism bill.

Mr. Gleason held memberships in a multitude of business organizations. He was a member of the board and the executive committee of SAFEX, a world trade organization for the safe manufacture and transport of explosives. He was a member of the International Society of Explosives Engineers (ISEE); American Mining Congress; American Institute of Mining, Metallurgical and Petroleum Engineers; and the Society for Mining, Metallurgy and Exploration.

While Mr. Gleason's four children were growing up on the east side of Cleveland, he was actively and civically involved. He founded the Orange Community Recreation Commission and served as chairman; served as president of Orange School Boosters Association; was a member of the Village of Moreland Hills council; and was Chairman of the Planning Commission of Moreland Hills.

For many decades, Mr. Gleason was active in the treatment of chemical dependency particularly as it pertained to young people. He was trustee and president of the Regional Council on Alcoholism, which allocates and oversees state and federal funding for alcoholism treatment and rehabilitation in the five counties of North East Ohio. While president of the Regional Council, he founded New Directions, Inc., a secondary drug and alcohol treatment center for teenagers in Ohio and also established the Glenwillow Foundation (Glenwillow, Ohio), an adult residence for recovering alcoholics.

As an avid sports enthusiast, Mr. Gleason enjoyed golf and friends.. He was a member of The Country Club and The Pepper Pike Club in Pepper Pike, Ohio; Pete Dye Club, West Virginia; Hole in The Wall, Naples, FL; and Portmarnock Golf Club, Dublin, Ireland. He was also a long-time member of the Union Club of Cleveland. Gleason's children were also active in athletics and he was an enthusiastic supporter and spectator just as he was with his six grandchildren.