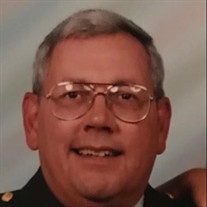 
LtC (Ret.) David Brian Findlay was born and raised in Shaker Heights, Ohio. He was a 1975 graduate of Shaker Heights High School.

David's family was a member of Shaker Heights Country Club where he was on the swim team, participated in the junior golf program, and bowled in the bowling leagues. He also played little league baseball under the guidance of his father, his coach. His two favorite sports were bowling and golf. He bowled in many leagues both in his youth and as an adult. He carried an average consistently in the 190's, had one 300 game, and carried with him wherever he lived for over 40 years, the 10 pin that cost him his second 300 game, bowling a 299. While at Shaker Heights High School, he was captain of the high school golf team and carried an 8-handicap.

As a child, David always loved to play army. From a very early age, because of this, he had a passion to join the United States military. He chose to attend Norwich University - The Military College of Vermont, in Northfield, Vermont. It is the oldest private military college in the United States, and is recognized by the United States Department of Defense as the "Birthplace of ROTC" (Reserve Officers' Training Corps). David received his undergraduate degree from Norwich. He was commissioned as a 2nd Lieutenant in the Army upon his graduation in 1979. Dave spent the next six years serving our country in numerous positions and locations in the US. During this tour of duty, he was stationed at Fort Devens, on the outskirts of Boston, MA. This is where David earned his MBA from Western New England College in 1983.

He left the service after six years, and at that time came home to Shaker Heights to try the civilian life, including banking where his grandfather, father and brother spent their careers. After 3-years of civilian life, David had a desire to go back to serve his country. He rejoined the service in July of 1990, one month before the Kuwait War and Desert Storm. He was so excited to be back serving our country at such a critical time in our country's history. His first tour of duty after rejoining the service took him to Rochester, NY. He met his then wife there and experienced the joy of his daughter's (Danielle) birth in 1993. David retired from the army after 23-years of dedicated service in May 2007 and moved back to Rochester, NY to be near his daughter.

Just before David's retirement in March 2007, he was diagnosed with lung cancer. It was successfully treated at that time, but metastasized to the brain in 2010. He beat that cancer too, but suffered a stroke in 2012. Lastly, David was diagnosed with dementia in 2013. He spent the last nearly 4-years living at the Canandaigua VA Medical Health Center, in Canandaigua, NY where he was treated with care, dignity and respect as a retired officer of the Army. Sadly, David never really had a chance to enjoy his retirement. His biggest thrill, however, was attending his daughter's wedding on October 1, 2016. This was such an emotionally happy day for everyone, and during the father/daughter dance, there was barely a dry eye in the room. David's early passing is an example of how fragile life really is.


The family prefers that those who wish may make contributions, "On Behalf of Lieutenant Colonel David B. Findlay" to The Canandaigua Veterans Hospital, "Volunteer Services", 400 Fort Hill Ave., Canandaigua, NY 14424.