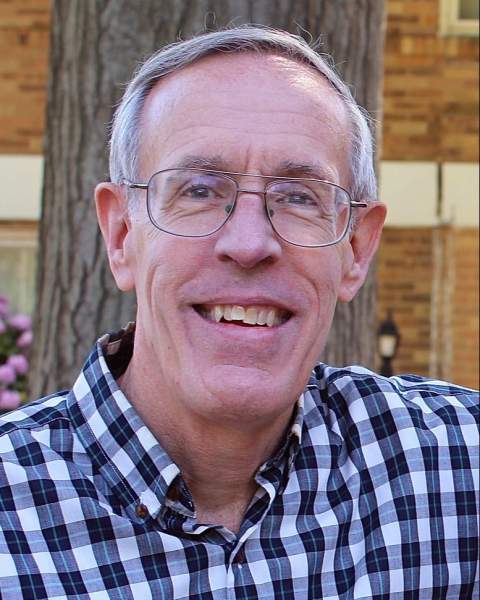 David H. Cockley (Dave to all who knew him), came into the world on August 14, 1944. In his 78 years he was a kind, gentle, thoughtful, creative, funny, generous, and wonderful man.

As a child living on Templethurst Road in South Euclid, he spent his days attending the Rowland School and his evenings in the company of his parents and younger sister, Kris. During the summers he spent time at the family farm in Lexington, Ohio. Soon enough his family moved to Colby Road in Shaker Heights, just a stone’s throw from University School. It was there that he spent some of his favorite years. The friends he made, the teams he played on, the dances and sock hops and good times were straight out of a postcard of 1960s Americana. It was during these years that he also discovered his true love for Nancy AuWerter, the girl who would eventually become his wife. As a senior at University School he played fullback on the varsity soccer team. That year, the team finished their season undefeated and unscored upon. They didn’t surrender a single goal.

Following his teen years, Dave shipped off to the University of Virginia, where he spent four years working on his bachelors degree. While there, he distinguished himself through academics and character, earning an invitation to live on the Lawn - the exclusive residence reserved for deserving honors students at the university. In 1966 he graduated from UVA and two years later, he earned his MBA from Babson College.

1966 was also the year Dave would marry his longtime sweetheart, Nancy. They were married at St. Paul’s Episcopal Church in Cleveland Heights, and they danced the night away with friends and family under a tent erected in the yard of Nancy’s family home on Laureldale Road.

Dave’s career began as the Dean of the School of Business at Bliss College and, over the next 40+ years, carried him through a successful journey as a marketing executive for Wattenmaker Advertising, The Jayme Organization, and EDR Media. His flair for business and his natural creative instincts made him a natural for this career direction.

But Dave’s career was not his true love. In 1969, he and Nancy welcomed their son, David, into the world, and two years later they welcomed a daughter, Missy. As family men go, Dave was a natural. Never did he seem so happy as when he could coax a giggle out of his children. And as they went through childhood, through teen years, and into adulthood, he never missed an opportunity to see a high school tennis match or a school play.

For those who knew Dave, his creativity in pursuit of books and drama productions for kids was his claim to fame. In the mid-’70s he combined his love of the city of Cleveland with his desire to reach out to children, and he penned his first book, Cleveland is a Warm, Fuzzy Place. It followed the adventures of a stuffed teddy bear named Benjamin as he discovered the sights and sounds of the city by the lake. This book earned Dave a series of spots on local TV shows and in the Plain Dealer, as well as in-person appearances at Cleveland-area bookstores, and opportunities to speak to children at area schools about being a writer. Through the remainder of the ‘70s and ’80s, Dave wrote over a dozen more children's books that told similar stories about Cleveland, Chagrin Falls, and Hudson, as well as Detroit, Atlanta, and other midwestern cities. He also wrote a children’s book inspired by the dollhouse his father made modeled after their actual house on Grenway Rd. in Shaker Heights. The book’s message about appreciating life in spite of all of its challenges is a reflection of how he lived.

Not being satisfied writing only books, Dave expanded his creative writing talents to the world of kids’ stage drama. He collaborated with his cousin, Lissy Gulick, and wrote Kids’ Country, a heartwarming musical comedy about a group of children who plan a revolution against the grown ups making all of the rules. The play was first performed at the Laurel School of the Theater, and went on to be performed at various venues around greater Cleveland in the years that followed. He went on to write several more plays, all of which have been performed at Fairmount Center for the Arts.

Having developed a flair for writing scripts, he turned his passion toward kids’ video programming, for which he won an impressive collection of awards over the years, including several ACE awards. Every spring he would write a script for a kids’ half-hour musical comedy, then spend the summer casting, producing, directing, and shooting it. Each production (over twenty in all) became more impressive than the one before, often attracting a loyal band of cast and crew members and earning him the title that stuck, “Captain Dave.” Alums of his summer video productions include Broadway stars Maggie Lacey and Jennifer Gambatese, as well as screen stars Kathryn Hahn, Brian Stepanek, and Yvette Nicole Brown. But his favorite was always Missy, as the joy of working on drama productions with his daughter was the peak of fun for him. Several years ago he had the opportunity to work with Missy’s son in one of his plays as well as one of his summer programs.

In retirement, Dave enjoyed creating more of his summer video productions, playing tennis and golf at the Kirtland Country Club, and spending time with his five grandchildren, Eben, Peter, Catherine, Katie, and Matthew. Everyone who knew him adored his sensitivity, his generosity, and his sense of humor. He has forever changed those whose lives he touched and we will all be telling “Dad”, “Grampy”, and “Captain Dave” stories for many years to come.

The family prefers that those who wish may make contributions in his name to the Fairmount Center for the Arts, 8400 Fairmount Rd, Novelty, OH 44072 (https://www.fairmountcenter.org). Friends may call at Brown-Forward, 17022 Chagrin Blvd., Shaker Hts., OH on Friday, September 9th from 5-8pm.  A Memorial Service will be held at St. Paul's Episcopal Church, 2747 Fairmount Blvd, Cleveland Hts., OH on Saturday, October 15th at 1 o'clock PM.  This event will be livestreamed at this link.  https://www.youtube.com/watch?v=1RheMlZ9tWc