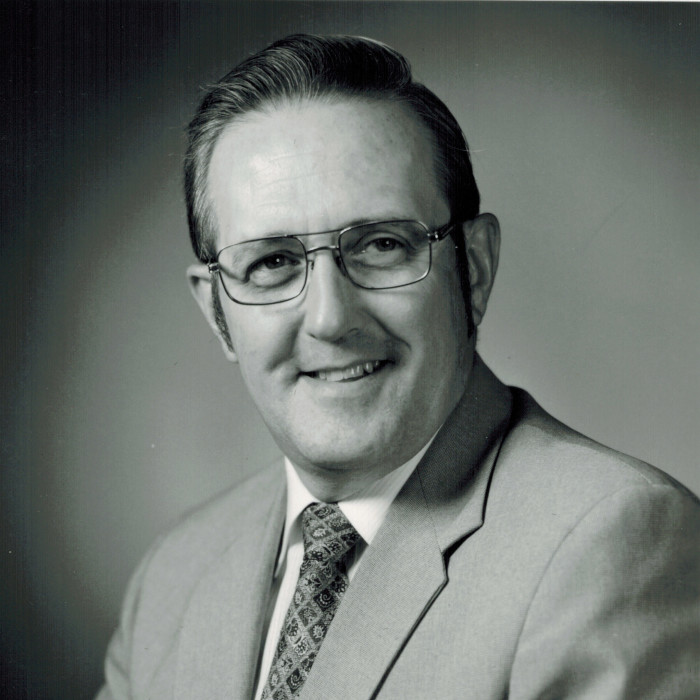 David Barry Bobear (“Dave”) died peacefully at home in Macedonia, Ohio on Thursday, November 29, 2018. He was born in Delaware County, Pennsylvania, to the late William H. and May B. Bobear, on April 11, 1930.  Dave graduated from Albany’s Vincentian Institute in 1949 and followed his brother C. Richard Bobear to Cincinnati, Ohio, where he graduated from the General Electric (GE) Apprentice Training Program in 1956.  His life’s passions then took him north to the University of Notre Dame, where Dave received his Bachelor of Science in Mechanical Engineering in 1959 and married Mary Ellen Huser on July 2, 1960.

Post-graduation, Dave joined the Heavy Military Electronics Department with GE in Syracuse, New York and started a family with the birth of his two daughters. In 1968, Dave was transferred to Schenectady, and the family settled into their lifelong home in Clifton Park. Dave remained with GE in Schenectady until his retirement in 1995, finishing his 40+ year career with the renovation of iconic Building 37 as the Manager of Facility Engineering.  Dave also served on the board and later as President of the Edison Club from 1977 - 1980.

In Clifton Park, Dave became actively involved with the local swim teams and pools, after his two daughters started competitive swimming. Dave served as President of the Knolls Swim Club in the mid-1970s as well as Meet Director for the Junior Olympics from 1973 – 1985 and the Firecracker Meet from 1977 – 1981, all at the Barney Road Pool. More importantly, Dave engineered a pool renovation at Barney Road, adding mere inches to make it regulation length. That led to his role as operations manager of Barney Road Pool and later all three local pools for Robert Van Patten and later for the Town of Clifton Park, from 1978 until 2016. Ironically, Dave had a fear of water, but learned to swim in 2003 at the age of 73.

Once his daughters were in high school, Dave got drawn into Shenendehowa Athletics, as a member of the Shenendehowa School District Advisory Committee and as Swimming Chairman for the Booster Club Sports Council.  Dave worked tirelessly to secure funding for a girl’s high school varsity swimming program, which was finally achieved in 1979, despite the absence of an indoor swimming pool.  And, in 1983, Dave volunteered to install lights over the varsity football field, which still stand today.

Dave spent his retirement years focused on his passions: running the town pools; traveling with his wife, brother and sister; enjoying his grandchildren; and keeping up with Notre Dame football, where he was thrilled to experience the current 12-0 season!

Dave is survived by his wife Mary E. Bobear of Macedonia; his daughters Karen M. Bobear (Donald LaMonica) of Shaker Heights, Ohio and Katherine B. LaMonica (Gregory LaMonica) of Chagrin Falls, Ohio; and his brother C. Richard Bobear of Clifton Park.  He is also survived by seven grandchildren, Ryan, Eammon, Jason, Quinn, Kevin, Kate and Eric LaMonica; and many nieces and nephews. He is preceded in death by his brothers, William J. and John B. Bobear and his sister Jean B. Bobear.

To order memorial trees or send flowers to the family in memory of David Bobear, please visit our flower store.