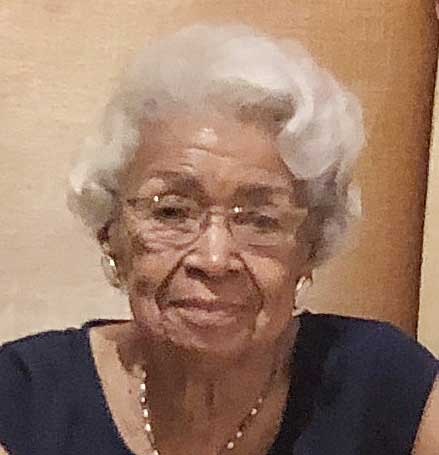 Constance Louise Waples Sallee, age 93 of Shaker Hts., OH was born July 23, 1928 to the late Clarence and Florence (Hathaway) Waples in New York City. She passed away on December 5, 2021, surrounded by her loved ones, after a brief illness.

Connie attended Philadelphia High School for Girls, where she cultivated several life-long friendships. She was a graduate of West Chester State Teacher’s College in Pennsylvania and earned her Master’s Degree from The Bank Street College of Education in New York City. She dedicated her life to the pursuit and sharing of knowledge both professionally and personally.

Her career began as an elementary school teacher for the Cleveland Municipal School District in 1950. A talented educator devoted to her students and to the craft of teaching, Connie went on to become a Training Teacher, Recruiter, Supervisory Administrator and Consultant. Her expertise was rooted in a deep concern for the developmental needs of children.

As a teacher trainer she formed strong advisory relationships with her trainees, teaching them to have sensitivity towards children, to maintain healthy boundaries in the classroom, and to always create exciting learning experiences. With her straight-forward, down-to-earth approach she trained many stellar educators who she proudly called her “kids” as she spoke about their numerous accomplishments. She invested in their success, nourished their careers, and built lasting relationships with them and their families.

As a recruiter, she travelled throughout the region to find the best and brightest educators for the district. Once planted in their positions, her mentorship was valued by new teachers, principals, and rising administrators who sought her out for advice.

Later, as the Supervisor of Personnel and Early Childhood Education at the Cleveland Board of Education, she continued to place her stamp of excellence on every project she managed. Never missing an opportunity to teach, she recruited her own children each summer to copy, collate, staple and file while subtly acclimating them to world of work.

She retired from CMSD in 1981 and immediately began her next career as Consultant for the Center for Human Services. An avid proponent of early childhood development, her position as Coordinator of the Marjorie Hall-Ellis Child Day Care Center Scholarship connected underserved children to vital and engaging educational programs. Connie continued her service to education as a Regional Director at The Ohio State University Young Scholars Program and Coordinator of the DeWitt Wallace Reader’s Digest Pathways to Teaching Careers Program. In her unflinchingly modest and succinct way, Connie described her illustrious career quite simply as “First a teacher, then a teacher of teachers.”

Connie was an active member of the Fairmount Presbyterian Church in Cleveland Heights, joining in 1976 and remaining deeply involved and committed as a volunteer and community member. Her faith and conviction were steadfast and evident to all who knew her and were demonstrated not only by her words, which were sincere and loving, but also by her actions and demeanor. Connie’s energetic involvement and caring service were a constant until her death.

Affectionately known as “just, Connie”, no remembrance of her would be complete without describing her style, grace, humility and wit. She was contemporary in her style of dress and furnishings and her presentation was always next level. Raised to appreciate quality, she wore an ambiance of understated elegance that was grounded by genuine humility. She gave respect to everyone she encountered and garnered the admiration of them all. She was both timeless and classic.

A consummate grammarian, she was known to instantly correct the sentence structure of those she heard misspeak, before the luxury of spell or grammar check. She had a particularly humorous habit of catching the errors of news reporters and dignitaries. She demanded perfection from herself and encouraged others to follow suit without seeming obtrusive or overbearing. Connie was also a world traveler and deeply enjoyed sharing those experiences with family and friends.  Cool, calm and graceful at each step of her life until the last, her razor-sharp intellect, effortless honesty, humor and zest for life were the gifts she shared with all who loved her.

She was the beloved wife of the late Walter Browne and the late Charles L. Sallee, Jr.; she is survived by her children who she loved dearly and to whom she leaves a lasting legacy of integrity, responsibility and a respect for self and others: Warren Browne of Chicago, IL, Renee Sallee Abney (David II) of Dayton, OH, and Coco Sallee (Jason McKinney) of Los Angeles, CA; grandchildren Christopher Abney, Sr. (Anh), Chandler Browne, David Abney III, Joshua Abney and Dominique Abney; great-grandson Christopher Abney, Jr., four great-granddaughters; godson Craig Alston; dear extended family members Suzanne Alston, Joyce Deep, Melody Stewart, and Aimee Cummins; special neighbors and cherished friends, including lifelong friends Jean Armstrong and Sylvia Blackwell. She was preceded in death by daughter-in-law D.R. Edwards Browne and life-long friend Marilyn “Mikie” Alston. She will be forever loved and missed.

A Memorial Service will be held, Friday, December 17 at 1:00 p.m. EST at Fairmount Presbyterian Church, 2757 Fairmount Boulevard, Cleveland Heights, Ohio 44118. Reception to follow at the church.

By her request, those who wish to, may make contributions in her name to Hospice of the Western Reserve, Special Care Fund, P.O. Box 72101 Cleveland, OH 44192 or to the Memorial Fund of Fairmount Presbyterian Church, 2757 Fairmount Blvd., Cleveland Hts., OH 44118.

To order memorial trees or send flowers to the family in memory of Connie Sallee, please visit our flower store.