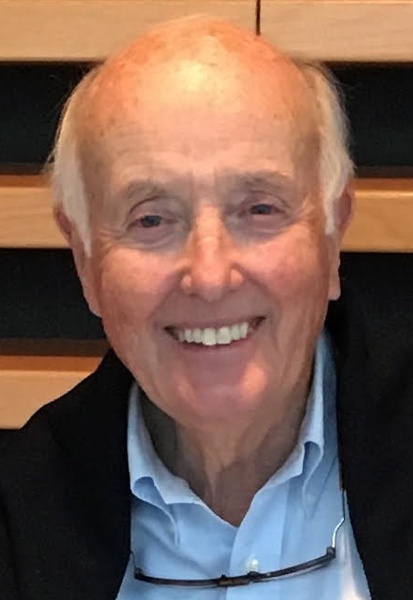 Clinton Henry Foltz died peacefully on October 21 after a brief battle with an aggressive brain cancer. Born on his mother's birthday 1936 in Fort Worth, Texas, the son of the late James Arthur Foltz, Jr. and Mary Josephine Henry Webb. He was preceded in death by his wife of 57 years, Caryn Outcalt Foltz. He is survived by his son and daughter, W. Price Foltz (Kristi) of Chagrin Falls and Allison Foltz Milmoe (Andrew) of Lake Forest, IL., and four grandchildren; Alexandra Foltz, Benjamin Foltz, Theodore Milmoe, and Hadley Milmoe.

Summers as a youth were spent at Culver Academy where he finished as Company Commander. A graduate of University School (1955), he was a co-captain of the baseball team and the recipient of the Cadmean Award for outstanding character and leadership. He received his B.A. from Williams College in 1956, his M.A. from Case Western Reserve University, and began Ph.D. coursework at John Carroll University, where he was teaching history. In 1972.

Henry left academia to begin a vibrant, fulfilling career in advertising at Lang, Fisher, and Stashower (later Liggett-Stashower). During a 25-year tenure, Henry served as president for seven years and chairman for three years at the agency, and offered his expertise on the governing council of the American Association of Advertising Agencies, the executive committee of AMIN (Advertising and Marketing International Network), and as president of the American Advertising Federation-Cleveland to which he was elected to the Hall of Fame. Calling back to his roots, Henry was a proud founding member of National History Day, the first president of the Case Western Reserve History Associates, and served six years on the board of the Western Reserve Historical Society. Additionally, he lent his time on the boards of Prevent Blindness America, Beech Brook, WCPN, and the Cleveland Center for Contemporary Art (now MoCA). Memberships included The Tavern Club and the Cleveland Skating Club in Cleveland and The St. Andrews Club and the Country Club of Florida in Delray Beach. Henry and Caryn treasured summers at the Chautauqua Institution, where he served on the Board of Trustees. Personal passions included golf, reading literature and historical non-fiction, attending the theater, and travel (favoring England and Italy). Henry’s family is forever grateful to Molly Downing for her companionship and care. Much beloved by family, friends, colleagues, and students throughout his life, Henry will be fondly remembered for his genuine warmth and good nature, unparalleled yet unassuming intelligence, and perpetual bonhomie.

In lieu of flowers, those wishing to honor Henry's legacy can make donations to: Beech Brook (www.beechbrook.org), Cleveland’s Museum of Contemporary Art (mocacleveland.org), and the Western Reserve Historical Society (www.wrhs.org).