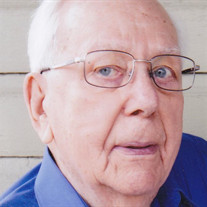 Clifford "Cliff" Shields was a financial executive with the Standard Oil Company of Ohio (Sohio). Following retirement in 1982, Cliff served as interim president of University of Mount Union and as interim dean of Kent State University's College of Business and Graduate School of Management. He was chairman emeritus of Mount Union's board of trustees and a member of its board since 1967. During both his employment at Sohio and in retirement, he was a trustee or advisory board member for numerous industry, educational, religious and civic organizations. His long interest in higher education was recognized when University of Mount Union awarded him an honorary Doctor of Humanities degree; Kent State awarded him its Distinguished Service award; Phi Kappa Tau fraternity elected him to its Wall of Fame and awarded him Outstanding Alumnus; and, when the Ohio Foundation of Independent Colleges elected him to its Hall of Excellence in Higher Education. Cliff was a member of Cleveland's Church of the Covenant for nearly seventy years, a Presbyterian congregation which he served as deacon, elder and trustee.

A World War II veteran and a resident of the Covenant Village of Colorado Retirement Community, and previously a resident of the Laurel Lake Retirement Community in Hudson, OH, Cliff died on July 6, 2017 at the age of 95. His wife, Betty, whom he married in 1945, died in 2012. He is survived by sons Richard (Cheryl) of Kailua Kona, HI and Kermit (Elizabeth) of Golden, CO; daughter Diane, of Aurora, CO; seven grandchildren; and three great-granddaughters. He is also survived by his brother, Edward L. (Lucille) of Green Cove Springs FL and sister-in-law Jean Shields of Brilliant OH.

The family requests that memorial contributions be made to the memorial funds at the Church of the Covenant, 11205 Euclid Ave., Cleveland OH 44106, or to University of Mount Union, Alliance OH 44601. Interment will be private with arrangement provided by BROWN-FORWARD FUNERAL SERVICE.
To order memorial trees or send flowers to the family in memory of Clifford Shields, please visit our flower store.