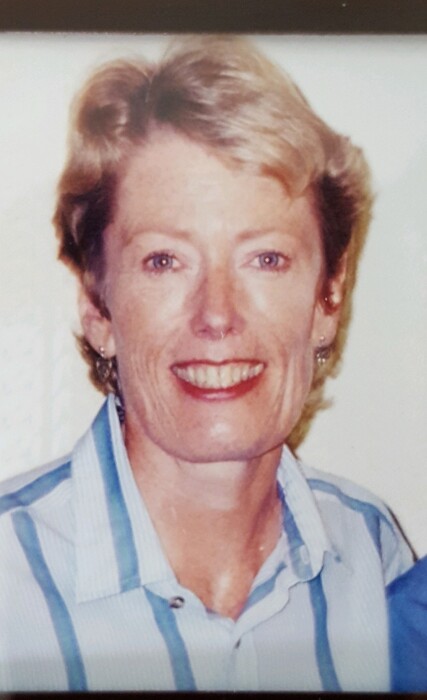 Christie was born July 28, 1953, daughter of the late H. Stephen Madsen and the late Sarah Stewart Ruth. She and her family lived in Shaker Heights during her very early years and later moved to Novelty, Ohio.
As a child, Chris contracted rheumatic fever on two occasions, with the recurrence causing serious damage to one of the valves in her heart. As a result, she spent nearly a year--basically the fourth grade--in the Health Hill Hospital for Children.  When she was old enough, she underwent open-heart surgery to replace the damaged valve in her heart--the first of many such operations in her life.
Chris attended the West Geauga public schools and graduated from West Geauga High School in 1971. By then, her parents had divorced and remarried, and after graduation she worked for her stepfather, the late Ralph Dean Ruth, who was a trainer of race horses at local race tracks.  Subsequently, she moved to Sacramento, California, to attend a photography school located there. She became an accomplished photographer—and the official recorder of the doings of her family and friends for the rest of her life.

While living in California, Chris experienced a profound conversion to Christianity. Her deep faith was to become one of her most important personal characteristics. Her faith sustained her, and her family and friends, as she  underwent repeated open-heart surgeries for replacement of the artificial valve in her heart.

Following the death of her mother in January 2003, Chris returned to her family home in Novelty. She brought with her her two dogs, Laci and Emma, to whom she was devoted; she had trained Laci for agility trials while living in California.  Over time, Chris expanded and updated her home and made it, truly, her own.

Chris lived in Novelty until her death.  Like her mother before her, she could sometimes be seen driving a big green John Deere tractor as she mowed the field at her home.  She became a member of the Chardon Baptist Church, where she was deeply engaged in church programs such as Vacation Bible school and other youth programs, and was also the unofficial Church photographer.  She became close with her stepmother, Carol O. Madsen, and with her brother's children, especially her nephews Stephen, Lawrence and Benton Madsen.  She developed a circle of devoted friends, who, with her stepmother, cared for her faithfully as she neared the end of her life.

Chris had her seventh, and last, open-heart surgery in February 2009. She did not expect to survive that surgery and was somewhat bewildered to find herself coming back to consciousness in a hospital recovery room. She knew at that time that there would not be any more surgeries.
Chris is remembered with love by those who knew her, both for her faith and for her remarkable courage.  Following recovery from her surgeries, particularly the last one, she took the view that God must have more work for her to do in this world, and so He did, for she showed the power and glory of her faith in Him until the very moment that she died.


Chris was the beloved daughter of the late H. Stephen Madsen and the late Sarah Stewart Ruth, and the beloved step-daughter of Carol O. Madsen.  She was the beloved sister of Stephen S. Madsen and his wife Rebecca of Lawrence, New York and of Triona Guidrey (David) of Cary, Illinois.  She was the loving aunt of Stephen Madsen, Jr. (Laura), Lawrence Madsen, Christina Madsen and Benton Madsen, and Miranda Guidry and Tristan Guidry, and loving great-aunt of Lucia Pope Madsen. She was also the beloved niece of the late William P. Stewart (Barbara) of Vero Beach, Florida.

The family prefers that those who wish may make contributions in her name to Chardon Baptist Church, 363 Wilson Mills Rd., Chardon, Ohio 44024 where Funeral Services will be held Saturday, May 8th at 11 am.   Interment will follow in Lake View Cemetery, Cleveland, Ohio.

To order memorial trees or send flowers to the family in memory of Christie Madsen, please visit our flower store.