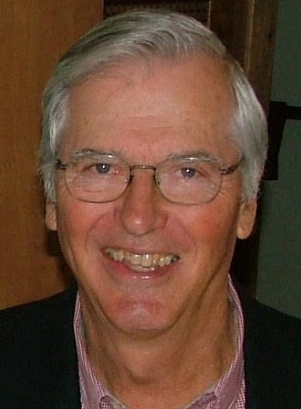 Charles W. Forsberg, age 87: devoted husband of Patricia (Hallett) for 57 years; loving father of Jennifer (Phillip) Lewis, Kimberly (David) Baker, and Douglas (Amy); proud and loving grandfather of Andrew and Kaleb Lewis, Amelia and Noah Baker, and Cara and Peter Forsberg; brother of Margaret (Mills) and Robert, and brother-in-law of Barbara Kauper and Arthur and Deborah Hallett. He was preceded in death by his parents, Lloyd & Dorothy, sister Sharon, and brothers-in-law Ronald Kauper and Ted Mills and sisters-in-law Darlene Forsberg and Margo Forsberg.

After a brief period with Barber-Colman in Rockford, IL, Charlie was employed for the remainder of his career by Carlon, manufacturer of plastic pipe and electrical conduit, which was acquired by numerous companies, most recently by Lamson & Sessions of Cleveland. He spent the last 15 years there as VP of Industry Affairs and was a member of two National Electrical code committees; the National Electrical Manufacturers Association Kite & Key service award; and was active in the International Association of Electrical Inspectors education program, receiving the IAEI Road Runner Award.

Charlie was a Deacon, Trustee, and Elder of Fairmount Presbyterian Church where he was also an usher, treasurer of the Memorial committee, and a member of the sound recording team.

A Funeral Service will be held, Tuesday, December 28th at 1 PM in Fairmount Presbyterian Church, 2757 Fairmount Blvd., Cleveland Heights, OH, 44118.  This service will be live streamed via a link on this web page to begin about 15 minutes prior to the service.