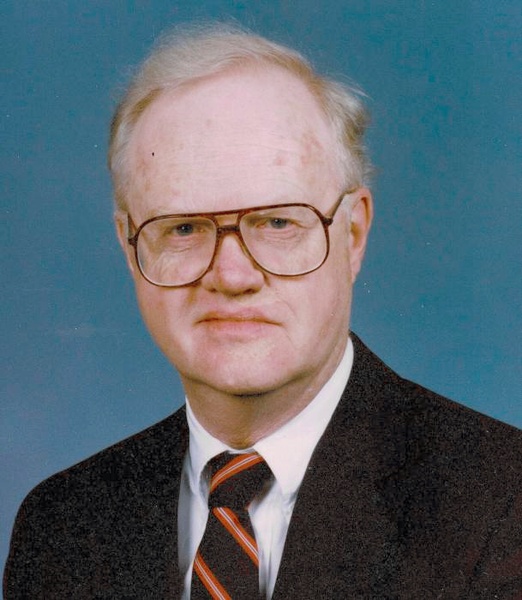 Born May 1, 1932 to Ben and Alice Davis, Chuck grew up in Shaker Heights, OH and graduated from Shaker Heights High School in 1950.  He attended Wesleyan University in Middletown, CT, where he met Mary Ann, who was a student at Connecticut College. He served as President of Alpha Delta Phi fraternity and majored in English.  After graduating from Wesleyan in 1954, Chuck served in the U.S. Army for two years primarily in Texas.  Upon completing his military service in 1956, Chuck and Mary Ann were married in New York City and moved to Michigan.  He earned his law degree from Wayne State University in 1961.

Chuck and Mary Ann relocated to Shaker Heights in 1963 where they raised their three girls. He worked briefly as a lawyer for the U.S. Government and at a small law firm, and in 1966 he joined the Cleveland Trust Co. (later AmeriTrust, now KeyBank). He worked in the legal and trust departments for 26 years, retiring in 1992 as Vice President. Several years later, Chuck and Mary Ann moved to Aurora OH and have spent their retirement years there.

A dedicated volunteer, Chuck served as an usher and on numerous committees at Plymouth Church of Shaker Heights where he was a member for 73 years.  In addition, he served on the Board of Trustees of the American Heart Association from 1982 to 1998 and was Chairman of the Northeast Ohio Chapter from 1994 to 1996.  For the past eighteen years, he volunteered every Tuesday for the annual CWRU Book Sale.

Chuck loved his family, books, music, travel, and Cleveland. He and Mary Ann enjoyed attending Cleveland Orchestra concerts, spending time with their children, grandchildren and friends in Hilton Head, and taking cruises to beautiful and historic places. With an avid interest in genealogy, Chuck wrote a family history, which he referred to as his “magnum opus,” and every Christmas provided family members with a supplement, now totaling over 500 pages.

He was a consummate raconteur, and a persistent golfer.

A life well lived.  We will miss him.

In lieu of flowers, friends who wish may make donations in his memory to The Cleveland Orchestra, 11001 Euclid Ave., Cleveland, OH 44106 or to Plymouth Church of Shaker Heights, 2860 Coventry Road, Shaker Heights, OH 44120 where a Memorial Service will be held on Friday, December 6th at 2:00 pm.