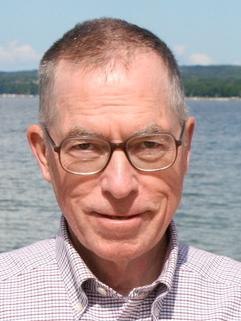 Cecil Roy Mellin was born on July 10, 1936 to Cecil and Hannah Mellin, the second of six children they would have together.  Raised in Wyandotte, Michigan on the banks of the Detroit River, he developed a life long love of the water and met the love of his life there, his high school sweetheart and future wife, Gretchen Wagner. Cecil and Gretchen attended the University of Michigan together and married while there.  In 1961, after earning his J.D. from the University of Michigan Law School where he served as an Associate Editor of the Michigan Law Review, they moved to greater Cleveland when he joined the law firm of Squire, Sanders, and Dempsey.  Specializing in urban renewal and urban development, and pioneering work in public/private partnerships, he devoted his career to improving the lives of countless Ohioans before he retired in 2002.  Cecil and Gretchen raised their three children and lived most of their lives in Shaker Heights.

Cecil took joy in a wide variety of activities. He loved the water and shared that love through fishing and sailing with friends and family.  He was an avid and active photographer, capturing forever tens of thousands of important as well as everyday moments.  He loved Camp Michigania, enjoying the woods and sailing on Walloon Lake over 38 summers, and loved traveling all over the world with the U of M Alumni Association.  He loved to read non-fiction on virtually every topic; most recently he had immersed himself in Great Lakes history.  A “wild and crazy guy” in the manner of comedian Steve Martin, he loved tormenting friends and strangers alike with his dry, self-effacing sense of humor.  But the greatest source of joy in Cecil’s life was his complete devotion to Gretchen, his wife of 57 years.

He recently said that he regretted not more fully describing some of her passions when she passed away in 2015.  He wished he had described her passion for collecting anything related to pigs, and her pride and amusement at being known as “the pig lady” among those who knew her.  He wished he had described the pride and satisfaction she felt at working at the Shaker Lakes Nature Center, keeping their books and making lasting friendships.  And he wished he had described in more detail Gretchen’s passion for quilting: she hand quilted over 50 quilts, many from scratch using original designs and fabric selections, but what she enjoyed most was finding unfinished quilts in rural antique stores and finishing them herself, communing with a kindred spirit from ages ago. Now, he has his wish.

Gretchen left this earth in 2015, but she never left his thoughts or his heart.  Cecil will be laid to rest at Michigan Memorial Park in Flat Rock, Michigan next to Gretchen under a marker that reads “Together Forever”, fulfilling his promise that they always would be.

The family prefers that those who wish may make contributions in his name to The Plymouth Church Foundation, c/o Plymouth Church, 2860 Coventry Rd., Shaker Hts., OH 44120 where a gathering of family and friends will celebrate his life with in a Memorial Service at a date and time to be announced.

To order memorial trees or send flowers to the family in memory of Cecil Mellin, please visit our flower store.