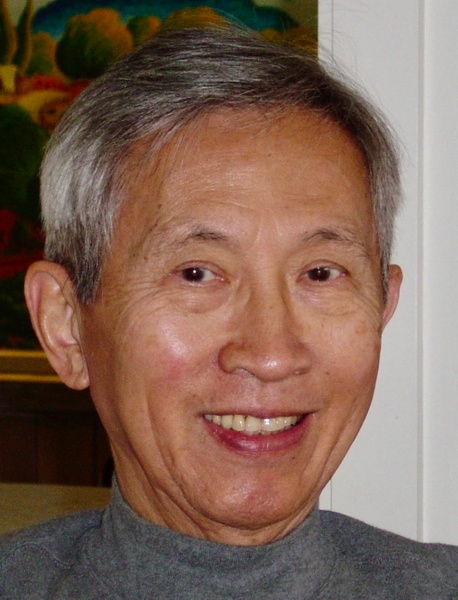 He was preceded in death by his wife, Isabel Deh-Yu Wang.

Dr. Wang was born on July 30, 1926, in Shanghai, China to Han-Hong Wang, a tea merchant, and An-Yin Chen.  He came to the United States in 1947 to go to school, graduating from Syracuse University in 1949 and The Western Reserve University School of Medicine in 1953 with a degree in Internal Medicine and Cardiology.

On July 8, 1950, Carter married Isabel Sueh, whom he had met while they were undergraduates at the University of California, Berkeley. After completing his residency at St Luke’s Hospital in 1955, he set up a private practice in Mayfield Village in one room of a dentist’s office.  In 1968, when a new hospital was built less than a mile from his practice, he began a decades-long affiliation with Hillcrest Hospital.

Carter Wang originally wanted to return to China after becoming a doctor. But with the establishment of Communist rule in China in 1949 and the seizure of the Wang Yue Tai Tea Company, his father’s business, he and Isabel sought to remain in the United States. Because the restrictive quotas of the period allowed only 105 Chinese to immigrate each year, Dr. Wang and his wife’s request for a change in status was denied. It took legislative action sponsored by a local congresswoman, Frances Bolton, for them to become permanent residents and eventually U.S. citizens.

Dr. Wang was a dedicated medical professional who actively participated in his medical school’s fundraising efforts.  He had a knack for establishing rapport with patients. By the end of his first year of practice in Mayfield Village, the mayor, police chief and fire chief of the township had all become his patients. After he retired, Dr Wang volunteered in the Tuesday Seminars Program at Case Western Reserve School of Medicine, helping first and second year students develop their patient skills. In 2007, he endowed the Isabel and Carter Wang Professor and Chair in Medical Education at Case Western Reserve School of Medicine.

Carter Wang was a man who preferred actions to words. He enjoyed the company of his neighbors on Pepper Ridge Rd where he regularly participated in Labor Day tennis tournaments and, together with his wife Isabel, in duplicate bridge. Once asked to check on a friend and neighbor, who had recently undergone heart surgery, Dr. Wang presented himself at the intensive care unit, and was asked how he was related to the patient. “He’s my tennis partner.” Dr. Wang replied.

Carter Wang was a hands-on parent who didn’t shy away from changing diapers, helping his children with math problems, and washing dishes. His deep sense of responsibility to others extended to his role as a host, and a sure way to invite his ire was to try to pay for dinner when dining out with him.

Family and friends will gather at 3 to 5 pm on December 22nd in the Auditorium of Judson Park, located at 2181 Ambleside Drive in Cleveland. All are welcome to attend and celebrate Carter's life. In lieu of flowers, those who wish to may make contributions in his name to Case Western Reserve University School of Medicine, Health Education Campus, 9501 Euclid Avenue, Cleveland, OH 44106.

The family would like to thank Kennesha Ballard, Felicia Blue, Tunesia Bush, Sandie Cook, Sharon Means, Nina Mesh, and Evian Norman for their dedication in caring for their father.