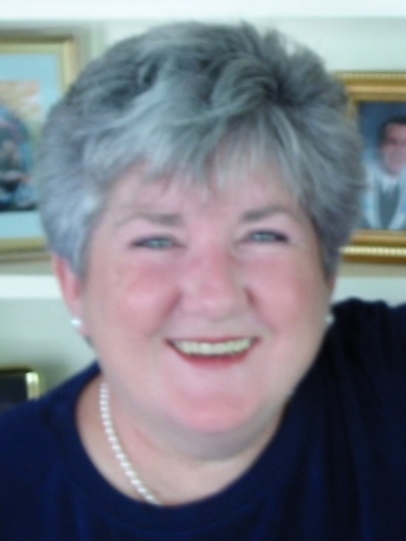 Carrol Anne MacLennan was the fourth of five children born to Henry and Antoinette (Hachey) Henry. She was born on a farm in South Tetagouche, New Brunswick, Canada, a small rural community not far from the Atlantic Ocean. She was born at home, in the midst of a snowstorm that prevented travel to Bathurst, 14 miles away. Her twin did not survive childbirth.

Her parents managed a herd of dairy cattle and also grew grain and hay for their animals. Her father was also what would be best described as a “woodsman”, who did contract work for mining companies and the Forestry Service. Carrol was a country girl, intimately engaged with the outdoors from an early age, and well acquainted with the joys of being raised on a farm.

She attended grade school at a small two-room school about a mile from home, using her legs as transport, often in fairly inhospitable weather. Her continuing education occurred at Crossroads Middle School, then Bathurst High School in Bathurst. Following graduation from High School she was accepted for training as a Licensed Practical Nurse (LPN) at Soldiers’ Memorial Hospital in Campbellton, New Brunswick. She worked as an LPN for about a year in Campbellton, but then developed a wanderlust, wishing to live somewhere more exotic. Her protective parents agreed that she could travel far away to the exotic province of Manitoba, specifically to the small northern town of Swan River, because her older brother Ron Henry was working there as a Mountie, raising a family with his wife Marlene. By 1966 she was safely living there, and had found a job at Swan River Valley Hospital. After living at Ron’s home, she and several friends, including Alvina (Hubylit) Howlett and Karen Kennedy, rented an apartment.

In the summer of 1968, a young man named Greg MacLennan came into her life. Greg grew up in that area and had gone away to school in Winnipeg. Looking for a summer job following his first year in Medical School, he secured a job as an orderly at Swan River Valley Hospital and honed his skills in emptying bed pans. That is where Carrol and Greg first met. In fact, that was Carrol’s first experience in being Greg’s boss – she was a stern taskmaster when it came to keeping Greg gainfully occupied. They seemed to like each other a lot and very often had their coffee breaks together; Greg especially loved her sparkling wit and sense of humor. In the end though, Carrol regarded Greg as immature (!?) and nothing substantial happened. Not long after that, Greg went back to Winnipeg to continue his medical school training and Carrol returned to Bathurst briefly. Then, yielding to Manitoba’s irresistible lure, she went back west and secured a job as an LPN at The Misericordia Hospital in Winnipeg.

In late December, 1969, Carrol decided to go up to Swan River to spend New Year’s with her old girlfriends. Greg went home to Swan River to be with his family and old buddies for the holiday. By an astonishing coincidence, they both attended the same New Year’s Eve party at the apartment of mutual friends. And that was when the “thunderbolt” struck them both. From that day forward, they were basically inseparable soulmates.

Both returned to Winnipeg, and the relationship continued. They got engaged in July, 1972. Carrol transferred to the Grace General Hospital. Greg finished medical school and began training in Surgery/Urology. Carrol entered RN training at Grace Hospital, graduated in 1975, and began work as a Psychiatric Nurse at the Grace. Greg and Carrol were married in August 1974. Carrol was an outdoor enthusiast, and she and Greg spent as much time as possible hiking, biking, skating, boating, and sometimes fishing. Carrol learned how to waterski and was really good at it. Greg finished his training in Urology in 1977. In June 1977, Darren MacLennan was born. By that time, Greg had committed to Fellowship training in Urodynamics in London, England, and had been recruited to join a Urology group in Grand Forks, North Dakota, following his training in England. Carrol, Greg and Darren spent a long dreary winter in London and happily returned to North America in the spring of 1978. Immediately upon returning from England, the family moved to Grand Forks. A year later, Grayden MacLennan was welcomed into the family. From the time Darren was born, Carrol devoted herself to being a mother and homemaker.

The family lived in Grand Forks for 11 years. During that period, they experienced many happy times, particularly spending a lot of time at a cottage on Union Lake in Minnesota, 65 miles away, that they purchased in 1979. (Unfortunately, Greg had become addicted to waterskiing at age 14, and the lake was a necessity to satisfy that craving). Carrol cultivated many friends in Grand Forks and became very interested in the winter sport of curling. In fact, she got so good at it that she was invited by the US Olympic Curling committee to join several other ladies in Grand Forks to attend an Olympic Training Camp in Winnipeg, as part of a group of possible candidates for Olympic competition. She and her friends did not “make the cut”, but nonetheless, it was a tremendous honor. Carrol also became interested in painting, and with instruction, she developed into an astonishingly good artist, creating many remarkable works of art.

Carrol and Greg became U.S. citizens in 1989. By that time, Greg had reached the conclusion that, although he loved Urology, he did not love being a Urologic surgeon, and did not want to spend the rest of his life doing that. With Carrol’s encouragement and strong support, the decision was made that Greg would retire from Urology, and they would return to Winnipeg, where Greg would undergo training in Anatomic Pathology. They lived in Winnipeg from 1989 to 1994 while Greg trained in Anatomic Pathology and Cytopathology. In 1994, Carrol and Greg moved to Rochester, Minnesota, where Greg spent a year in Fellowship training in Urologic Pathology. At the end of that training year, the family moved to Cleveland, Ohio, where Greg had been hired to work at University Hospitals/Case Western Reserve University.

From 1995 onward, Carrol and Greg lived in a lovely house in a lovely neighborhood in Shaker Heights, Ohio. Carrol developed many cherished friendships. She particularly loved biking, and spent many hours in Ohio and in Minnesota riding the trails, with her family and often with her good friends. A biking group flourished for a while. “The Wimbledon Wheelers” (comprising Carrol, Greg, Pam Williams, Frank Holowach, and Rota and Otmar Sackerlotzky) went on many long bike trips together. She spent a great deal of time renovating her home in Shaker Heights and looking after her sons and Greg. She developed advanced skills in needlework, home repair, and other crafts. Her boys, Darren and Grayden, got educated and moved away to other cities to advance their careers. Darren met and married Emily, and Emily’s daughter Rebecca was welcomed into the family.

The family unit remained very close, and as much time as possible was spent in each other’s company, often in vacation rentals in warmer climates. In more recent years, Carrol and Greg spent a lot of summer vacation time in a total renovation of the lake cabin in Minnesota, and Carrol was rightfully very proud of the end result. Throughout her life, Carrol maintained close ties with her siblings (Ronald Henry, Roderick Henry, Joselyn Thorn, and Doris Bagnall) and her extended family.

To our great and everlasting sadness, Carrol fell victim to cancer, and 12 years after the initial diagnosis, she succumbed to this horrible disease. We will miss her always and will cherish her memory. The overwhelming support of her many friends has been greatly appreciated. Thanks to all.

The family prefers that those who wish may make contributions in her name to the Susan G. Komen Breast Cancer Fund, 5350 Transportation Blvd., Garfield Hts., OH 44125.

Funeral services will be held Sunday, April 10th at 4 PM at BROWN-FORWARD, followed by a catered reception.

The Funeral Service will be live streamed via a link on the bottom of this web page.

To order memorial trees or send flowers to the family in memory of Carrol MacLennan, please visit our flower store.