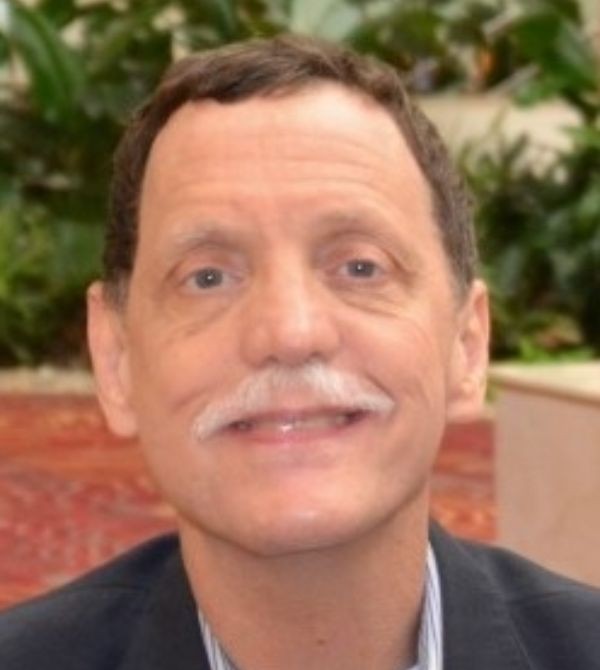 The First Chapter, in the 27 years before he met his wife, were spent in the loving company of his parents and older brothers Jack, Tim, Kevin, and Pat, and younger sister Mari. The adventures that they had growing up as kids in Parma, are infamous at the Barrett Family Reunions over the years. It was during this time, that he along with his sister, became national champion artistic-pairs-skaters in 1975 and 1976. This was also where he made lifelong friendships, later known to his wife and kids as his “skating-family”.
The second chapter of Brian’s life, truly his “family life”, began when he met his wife Deena Katz in 1985. A serendipitous meeting that was the intersection of opportunity and spontaneity. In Deena’s words, this exact spontaneity coupled with a sense of fun and connectedness, would come to define their relationship. The coupon for a free skating lesson at Brookpark Skateland placed Deena there on this significant date. And who was her instructor for the lesson? But none other than Brian Barrett. All 6 feet 2 inches of him, (plus about 6 more inches from the roller skates!) He swept and skated her off her feet literally and figuratively, for the 30 minute lesson turned into a 3 hour lesson, and the rest is history, their union resulting in the loves of both their lives, daughter Marissa and son Ethan. More adventures for Brian came from being a Dad, which he loved and excelled at. And notably, his children both also went on to become national skating champions as well, carrying on his legacy.
The third chapter in Brian’s life, unfortunately, is largely comprised of his valiant and courageous fight for 31 years after a stroke and then 10 months later a traumatic brain injury, that left him disabled. Ever-supported, advocated for and lovingly cared for by his wife Deena, who for decades dedicated nearly all of her time and energies and truly made supporting her family her number one priority after his accident, all while still working as a Special-Needs-Teacher for Cuyahoga County. While shouldering the majority of the responsibility, Deena DID have so much help from an entire host of family and friends-who-became-family, notably The Cleveland Stroke Club. Even despite the hardships his body and brain endured, he still managed to maintain his sense of fun, and the happy smile complimented by his bright blue eyes, for which he was known. Deena ensured through stories, laughs and reminiscences, that all people, from their children, to every caregiver that was involved in Brian’s life, truly KNEW him, as the person he was before the accident, and the person he was now, serving as the bridge connecting the two. Ensuring that the Brian Barrett pre-1990 was always prioritized and never forgotten.

This man, Brian James Barrett, will NEVER be forgotten, his funny jokes and pranks, his sense of humor, the caring and love he had for his family, and for all the moments that Deena ensured he had for “their version of normal”. The sacrifices and time and energy and late nights were all worth it. And while there is a component of sorrow to this time, what comes to the forefront is what a blessing he was to his wife, family and community, and that he is now free from the challenges of his physical body, and in that we know he is skating circles throughout all of our lives, a huge proud smile on his face.

And by the way, in case you were wondering, Deena still can’t skate.

Brian J. Barrett The beloved husband of Deena Katz Barrett of Cleveland Hts., OH; the dear father of Marissa L. Barrett (fiancé DeLana Turner) of Charlotte, NC and Ethan P. Barrett of Cleveland Hts. OH; brother of Jack (Sandee), Tim (Yanquin), Kevin (Vicki), Pat (Louise), Mari Madden (Bob) and Judi Koffman (Al LaBarre); and a dear friend to many.
The family would prefer that those who wish, may make contributions in his name to: The Cleveland Stroke Club, 7954 Walcott Way, Mentor OH 44060; The United States Amateur Roller Skating Foundation Endowment Fund, 4730 South Street, Lincoln, Nebraska 68506; or to Mt. St. Joseph Nursing Home, 21800 Chardon Rd, Euclid, OH 44117.
A Celebration of his life will be held Thursday, August 12th at 11 am at BROWN-FORWARD, 17022 CHAGRIN BLVD., SHAKER HTS., OH 44120 FOLLOWED BY VISITING/SHIVA AT THE FUNERAL HOME FROM 12 TO 2 PM.
The service will be live streamed. Click on the link below on Thursday.
To send flowers to the family or plant a tree in memory of Brian James Barrett, please visit our floral store.

To order memorial trees or send flowers to the family in memory of Brian James Barrett, please visit our flower store.